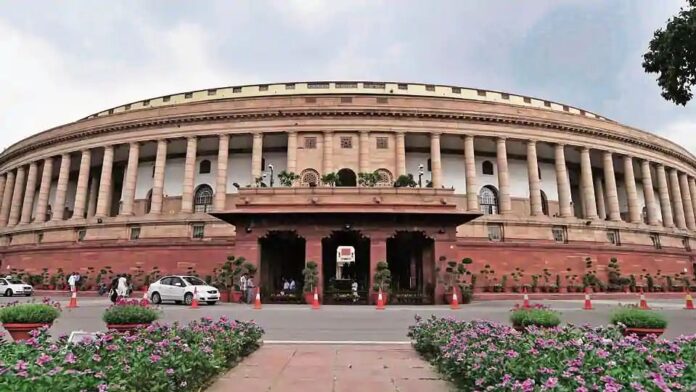 After being passed in the Lok Sabha on the very first day of the winter session of Parliament, the Agriculture Laws Repeal Bill, 2021 has also been passed in the Rajya Sabha.

Amidst heavy uproar and sloganeering by the opposition in both the houses, Union Agriculture Minister Narendra Singh Tomar introduced the agriculture law withdrawal bill. The proceedings of Lok Sabha and Rajya Sabha have been adjourned till Tuesday.

At the same time, 12 MPs of Congress, TMC and Shiv Sena have been suspended from Rajya Sabha for the entire session on charges of indiscipline.

Fourteen parties under the signature of Leader of Opposition in the Rajya Sabha, Mallikarjun Kharge issued a statement saying, “The leaders of the opposition parties condemn the unwarranted and undemocratic suspension of 12 members in violation of rules of procedure of Rajya Sabha.”

The suspended MPs are from Congress, Trinamool Congress, CPI, CPI-M and Shiv Sena.