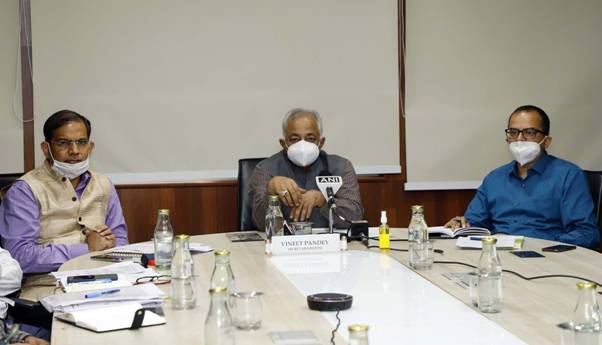 Delhi: August 27: During his visit to Koraput on 21st August, 2021, three fraud cases of Lachipeta, Malkangiri Colony and Bhejangiwada Post Offices of Koraput Division were brought to the notice of Minister of Communications, Information Technology and Railways, Ashwani Vaishnaw by the members of public and the media.

Vineet Pandey, Secretary, Department of Posts, Ministry of Communications, informed that, taken together an amount of Rs. 2.44 crores is involved in all these cases. All the concerned Postmasters have already been placed under suspension.

The frauds at Lachipeta and Malkangiri Colony Post Offices committed by Biswanath Podiami, have been reported to Central Bureau of Investigation (CBI), who have registered FIR against him.

Mana Pujari, Branch Postmaster of Bhejangiwada BO has been arrested by the police and booked under Sections 408, 409, 420, 468, 471 and 473 of IPC. CBI and police authorities have been asked to complete their investigation quickly.  Directions have been issued for attachment of the properties of the main accused and their family members.

Major penalty proceedings are being initiated against the primary offenders. Strict action would be taken against all others whose laxity has facilitated these frauds.

Action has been initiated to obtain the claims from the affected members of public, for which the Chief Postmaster General of Odisha has already issued a press note.

All genuine claims would be settled within 30 days in accordance with Standard Operating Procedure issued by the Department of Posts, New Delhi on 27th May, 2021.

“There will be no compromise on public trust in Postal System and the system will be continuously strengthened to avert the cases of corruption and fraud”, said, Vineet Pandey, Secretary, Department of Posts, Ministry of Communications, here today.

Speaking at a press conference, Vineet Pandey, informed about the pro-active action of the department in dealing with the fraud cases which surfaced recently in Odisha.

The affected depositors can also download the form for submitting their claims from the link https://utilities.cept.gov.in//dop/pdfbind.ashx?id=5602.