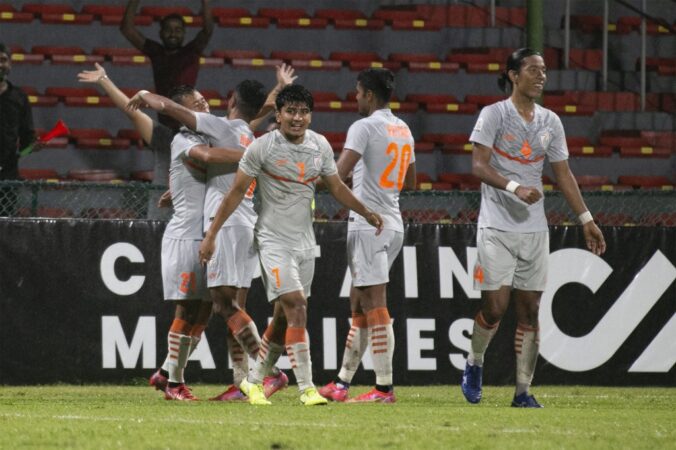 India convincingly defeated Nepal 3-0 at the National Football Stadium in Male, Maldives, on Saturday, October 16, to clinch the SAFF Championship trophy for a record eighth time.

Skipper Sunil Chhetri (48′) opened the scoring before youngster Suresh Singh (50′) doubled the lead within a minute to a two-goal lead for the Blue Tigers in the second half. Super-sub Abdul Sahal (90′) whizzed past the Nepalese defence to have nailed the final one in the coffin on the last minute of regulation time.

Incidentally, this was Chhetri’s fifth goal in as many outings during this campaign to finish at the top of the scoring chart.

Following their record-time eighth SAFF Championship victory, the Blue Tigers will now gear up for the AFC Asian Cup 2021 qualifying third round that is scheduled to kick off next year.

Team India 69/0 in the second innings, New Zealand Lost All wickets for 62 runs