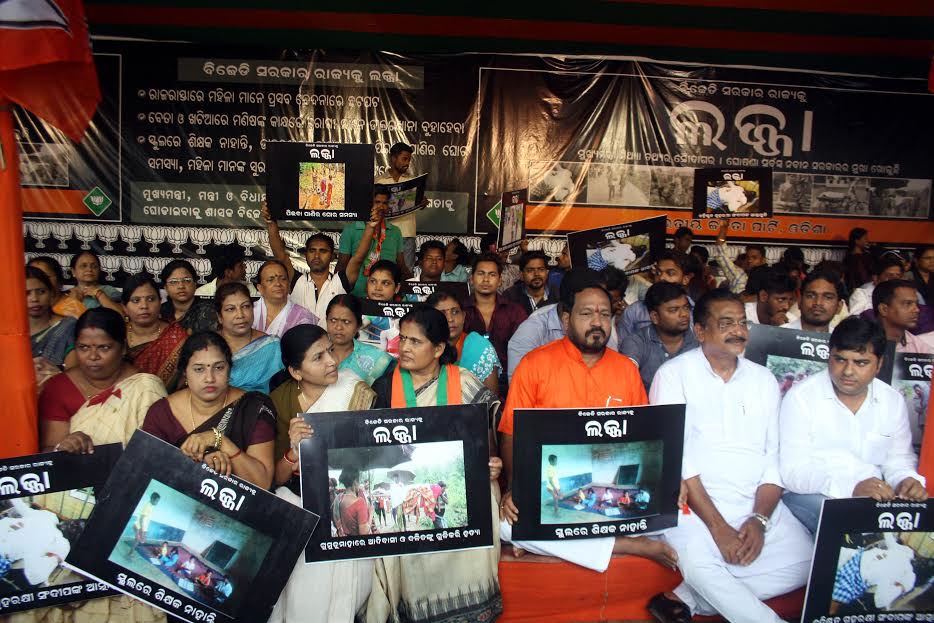 The protest raised many other issues like Nagada Malnutrition deaths under which 19 children have died due to malnutrition, Gumudumaha firing which had took five innocent tribal life including one child, and the Dana Majhi incident.

The state’s incapability to solve such serious problems have been shown, said Prithiviraj Harichandan, General Secretary of BJP. He further stated that, the matter will be taken to the village and Panchayat levels.

On the other hand, demonstration which was seen in front of Raj Bhawan by BJD, was termed as a ‘street play’ by Harichandan.

To gain views from the public, a signature campaign was also launched by the saffron party.

The party also held Odisha’s Chief Minister, Naveen Patnaik responsible for the death of the Home guard, Hati and also demanded of an independent investigation agency in to the matter.