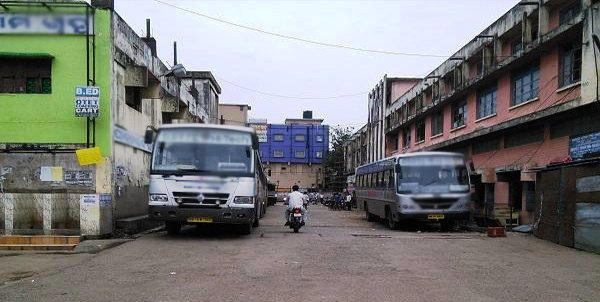 Boudh, Aug 4: The 12- hour bandh by BJP today in Boudh affected the life of people at many places in the district. The bandh was observed by the BJP in protest against the recent attack on BJP activists showing black flags to Food Supply and Consumer Welfare Minister, Sanjay Dasburma at Manamunda thus demanding the arrest of BJD workers involved in the attack.

Business establishments, educational institutions, banks, government and private offices remained closed while vehicular traffic movement was also prohibited due to the bandh. Harbhanga and Kantamal areas in the district also experienced the effect of the bandh.

Notably, Prashant Kumar Jagdev, BJD MLA of Begunia and his supporters had thrashed BJP activists for showing black flags to Food Supply and Consumer Welfare minister and Biju Yuva Janata Dal (BYJD) President, Sanjay Dasburma at Manamunda in Boudh, while he was on his way to attend a protest rally for Mahanadi incident which was organized by the BYJD. The leaders and workers of the BJD who had accompanied the minister were seen beating up BJP workers.