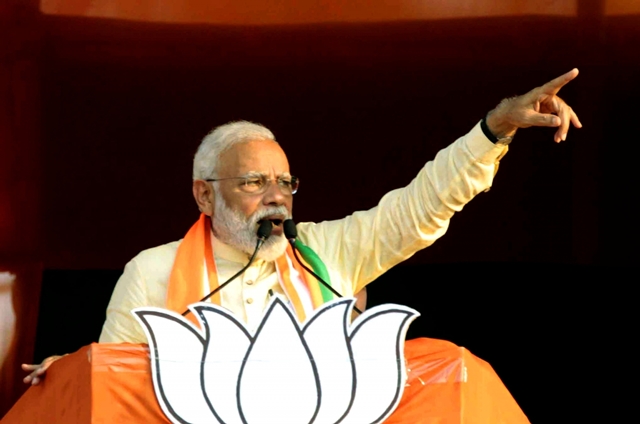 Sreerampur (West Bengal): April 29: Prime Minister Narendra Modi on Monday warned West Bengal Chief Minister Mamata Banerjee that her MLAs will abandon her after the results of the Lok Sabha polls come and said 40 of them were already in touch with him.

“When the lotus will bloom all over Bengal after May 23, Didi (Banerjee), you will see that your MLAs will also abandon you and run away. Forty of your MLAs are in touch with me even today,” Modi told an election rally here in Hooghly district.

“It will be tough for you to save yourself. You have cheated the people of Bengal,” he said.

Modi said that despite all the attacks and intimidation by the ruling Trinamool Congress, the people of Bengal had only one motto in this Lok Sabha election.