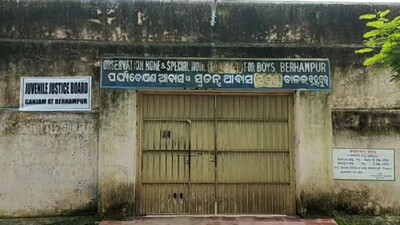 Six minor boys’ escaped from a special observation home in Berhampur. As reported, they fled from there between 2 and 3 am in the night by breaking the windowpane of their room. T

The watchman of that juvenile home, saw that there was no one in the room. He immediately informed Superintendent, who has later lodged a complaint with the Baidyanathpur police station today.

As said by superintendent of the observation home, there were 112 inmates at the facility.

Earlier in May 2020, 27 minor boys had escaped from the facility after attacking the staff. Frequent inmate escapes have raised questions about security.