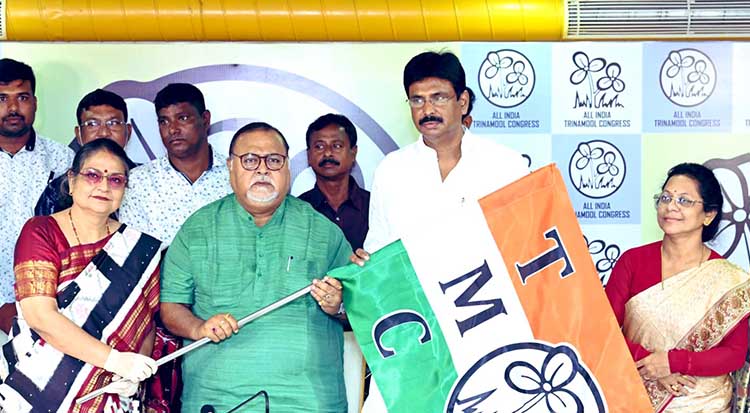 Kolkata, August 31: Mamata Banerjee’s TMC (Trinamool Congress) in West Bengal has dealt another blow to the BJP. BJP MLA Biswajit Das joined the TMC on Tuesday. In addition to him, Councillor Manotosh Nath has also joined the TMC. Earlier on Monday, Tanmay Ghosh, MLA from Bishnupur constituency left the BJP and joined the TMC.

Like Tanmay Ghosh, Biswajit Das was formerly at TMC and is now back home. In a statement to the media, Biswajit Das said, “I went to the BJP and made a mistake and wanted to return to the TMC.”