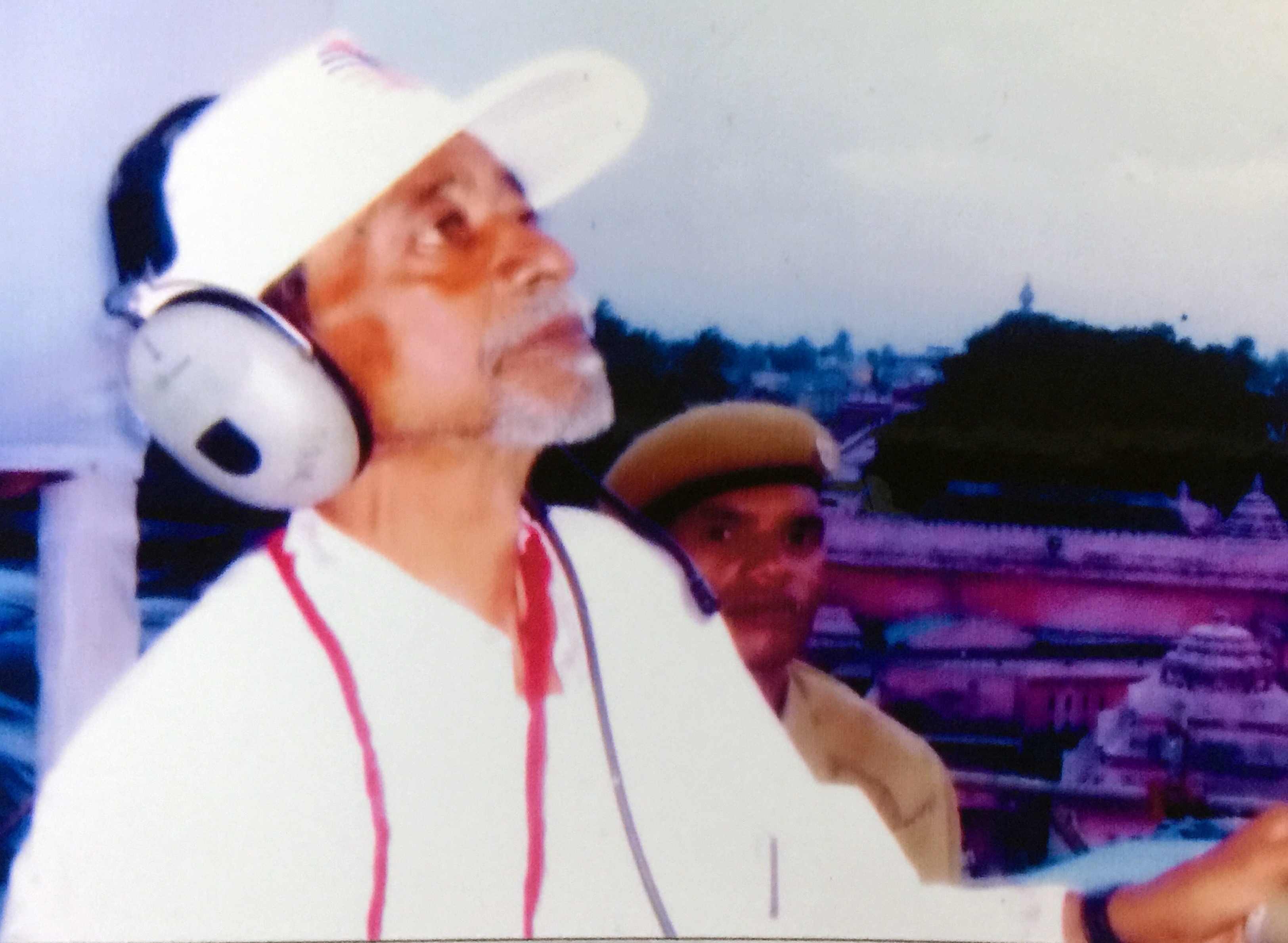 Cinema is a Passion.

Says the veteran cinematographer Ashok Kumar Swain also Called as Babuli Bhai with Love, who has been selected to receive this year’s Jayadev Award given for a Lifetime Achievement in the field of cinema in Ollywood.  Over 40 years of experience Babuli Bhai has worked with a variety of cameras starting from Black and White to Eastman color and from Anamorphic to Cinemascope like Mitchell, ARRI, Bolex, Panavision and various type of digital cameras.

Born in Cuttack town on the 10th of January 1948, Babuli Bhai is man of simple nature and a humble attitude. A man, who loves to be in a white clothing line always, walks round the sets with his bushy moustache and a French beard.  He does not just wear white he lives with the color. Whatever he wears, may be a hat, a shoe, a jacket, he prefers white.

After passing a Diploma in cinematography from S.J. Polytechnic, Bangalore, in 1969 he started working in various studios like AVM studios in Chennai, RK studios in Mumbai and has worked in various films. He then went onto work at Mysore as an assistant cameraman for about a year and half.  In 1973 he joined “Doordarshan” as a cameraman.

In the start of his career he even worked as an assistant cameraman for an INDO-RUSSIAN children film “THE BLACK MOUNTAIN” with Russian Director Alexander Zagurdi and Indian Maker M.S. Satayu in the year 1970, shot at the Karapur forest in Karnataka.

While being in job, he took leaves without a pay and cinematographed for his first film in B/W “SAMAR SALIM SAIMON” in the year 1977, later released in 1979.

His work was so appreciated that projects came to him one after the other with SESHA PRATIKHYA, SUBARNA SITA, BATASHI JHADA, PARA JHIA GHARA BHANGENA and others. Released in the year 1982, he did his first color film as a cinematographer with “MU TUME O SE”.

Not only this he also has cinematographed for various short features like PHATA KAPALA, SALBEG, RATRI, BANA PHULA and a film on Goti Pratha for Government of Odisha on the tribes.

Slowly when the digital medium tried to overtake the celluloid in cost cutting and other related issues, the Television medium started booming and TV series came into being.  With this Babuli Bhai also found a gap and entered the arena to work on television. He has worked with TV shows like Laxmi Puja, Prativa, Haie Phoola Gacha, Tokei, kahani, Malaya, Palasa, Maluluni Aeera Kahani and about 100 more in Odia and Hindi in Bhubaneswar and Delhi.

His work dint only limit to films, shooting for documentaries was also love. He has also won a National Award for a Documentary “THE EMPLIMENTS” directed by Ghanasyam Mohapatra. Among documentaries which he cinematographed are ODISSAN HANDICRAFT, ODISHA TOURISM, SHREE JAGANNATH, and more… His film SOMA ‘O’ BUDA a tribal film on the BONDA tribes was also screened in various film festivals. Not only this he has also won the Chitrapuri Subarna Jayanti Samman along with best cameraman award for his first color film MU TUME O SE in 89’, and a lot more.

With this much achievement and dedication and an outstanding performance in various fields throughout the career, the government of Odisha on its declaration about the winners of the 2015-16 state awards for the film fraternity, notably declared that Ashok Swain will receive this years Jayadev Award for a lifetime achievement in Ollywood.

Though old age has grasped on him​, even today Babuli Bhai does a great amount of study, learning more about Indian Cinema and the World Cinema and even runs forward to teach the young makers more about film making. He just has one last dream and that is ​to direct a feature movie in his life.