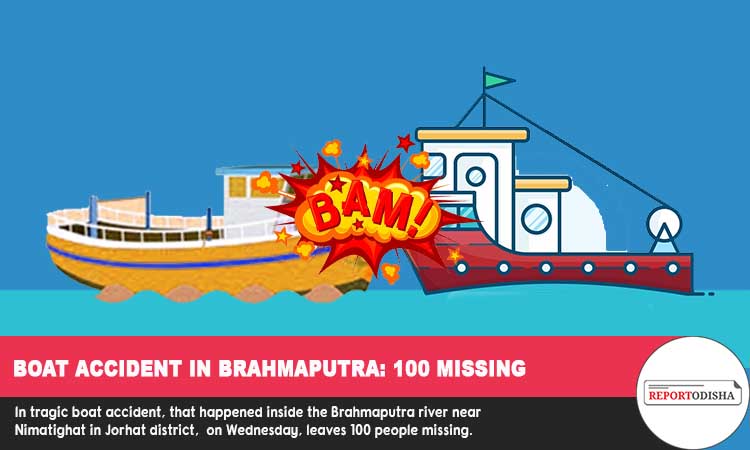 Assam: In tragic boat accident, that happened inside the Brahmaputra river near Nimatighat in Jorhat district, two boats collided head on, leaving many people missing.

According to reports, nearly 100 people were on board the two boats that collided. One boat was heading from Majuli to Nimatighat, while the other boat was heading in the opposite direction.