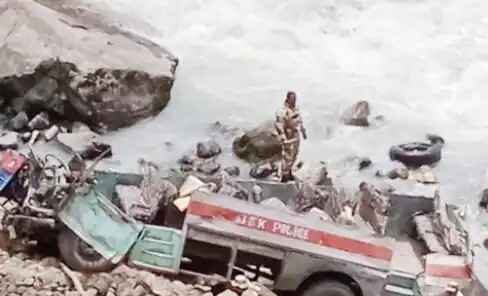 Seven members of the Indo Tibetan Border Police (ITBP) were killed and 32 others returning from Amarnath Yatra duties were injured on Tuesday when their bus plunged into a gorge in the Pahalgam district of Jammu and Kashmir.

While traveling between Chandanwari and Pahalgam, the bus plunged into a deep gorge. On the scene, seven members of the ITBP were killed and several more were severely injured.

A Border Security Force (BSF) helicopter has been pressed to airlift the casualties.

Thirty-seven members of the Indo-Tibetan Border Police (ITBP) and two from the Jammu and Kashmir Police (JKP) were being de-inducted from their Amarnath Yatra duties, which ended on August 11.