Report Odisha
Home Odisha All district Medical officers to be prepared to tackle H1N1 influenza in... 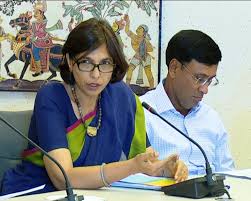 Bhubaneswar, Nov 7: Keeping in view the record of highest death due to H1N1 influenza and to tackle the influenza in Odisha, the Chief District Medical Officers (CDMOs) have been asked to stay prepared.

Regarding this, an official letter has been issued by the State government to all CDMOs.

CDMOs have been asked to remain prepared in terms of infrastructure, logistic and trained staff to tackle Influenza A H1N1, Arti Ahuja, Health Secretary mentioned in the letter.

As per the reports of the year 2015, highest number of death rate were recorded that were due to seasonal influenza, Ahuja stated.

Apart from this letter, another letter has also been issued by the Health secretary to the CDMOs to neutralize and eliminate dengue.

Ahuja mentioned that in monsoon season, the dengue outbreak has gone up especially in industrial and urban areas and few cases of dengue are still being reported in rural areas of several districts.