Home World China May Have Leaked Coronavirus To The World Through Labs: Suggests Joint... 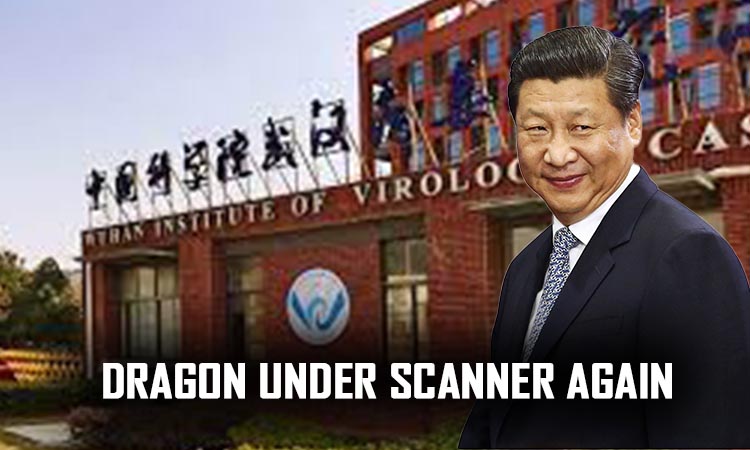 The joint cyber security firm of Australia and America has made a claim on the basis of research regarding the Chinese connection of Corona. According to the claim, a month before the date that China reported the first case of corona, a large number of corona testing equipment was purchased in a province there.

According to security firm Internet-2.0, the demand for PCR (polymer chain reaction) test kits suddenly increased in 2019 in Hubei province of China. In 2019, 67.4 million yuan ($10.5 million) was spent on RT-PCR tests in Hubei province, double the number of tests conducted in 2018. We also know it by the name of RT-PCR test.

RT-PCR test is considered to be the most accurate test to check for corona infection. In this, scientists detect infection by screening DNA samples. Most of the test kits were purchased in Wuhan city of Hubei. China had claimed to have got the first corona case in this city itself.

On 31 December 2019, China told the World Health Organization (WHO) that they had found a strange case of pneumonia in the city of Wuhan. On 7 January 2020, China officially announced the arrival of a new variant of Corona, SARS-Covid-2 or Covid-19.

Some scientists believe that the apprehension cannot be ruled out that due to the negligence of some lab employee, the deadly pathogenic virus came out of the lab and this became the reason for this epidemic. This lab in Wuhan is not too far from the Hunan Seafood Market, where the havoc of Corona was first seen.

So far, this infection has not been found in any wild animal and the Chinese government’s refusal to investigate the possibility of virus leaking from the lab strengthens the theory of transmission of infection from the lab.

In January this year, the WHO team went to Wuhan city of China. This team gave its report in April, but there was nothing new in this report. Nor was there any definite conclusion about the origin of the corona virus. The same things which have been happening for the last two years, the same things were said in the report. The report said that it is not known how people in China got infected with this virus. It seems that this virus came from animals to humans. Along with this, there is no chance that it was made in the lab. The WHO was also accused of making a report under pressure from China.

Many scientists believe that the possibility of natural origin of the virus is more than in a lab. Scripps Research scientist Kristen G. Andersen, working on the corona virus, says that Ebola and other disease-causing viruses spread from animals to humans, with the genome sequence of these viruses being the most likely to spread corona.