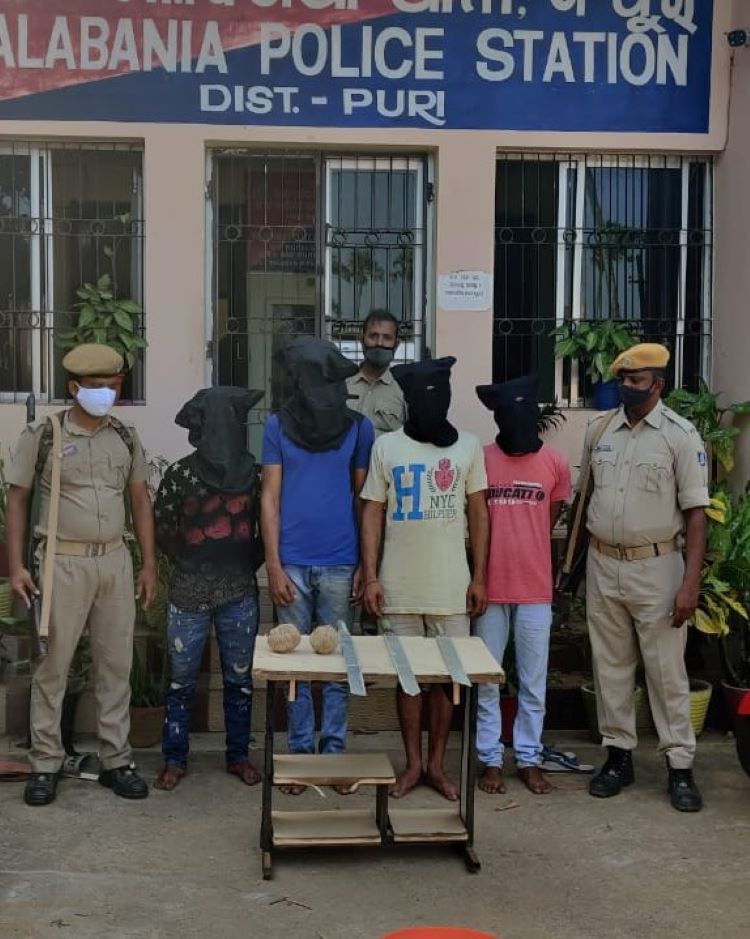 Three swords, two hand grenades and a packet of Chilly Powder were seized from the accused. With a tip of information, Talabania Police raided a place in front of Jaleswar Temple in Purushottam Nagar.

Police arrested five criminals from the spot and seized three swords, two hand bombs and a packet of chilly powder.

Chandan, Rabindra, Dillip & Vishnu were arrested and taken to court in a case filed in Talwaniya police station on 112/21 in this regard. As said by Police, there are few more criminal cases in the name of the accused in the city and Sadar police stations.

The juvenile involved in the robbery was taken to Juvenile Court, informed Puri Police.