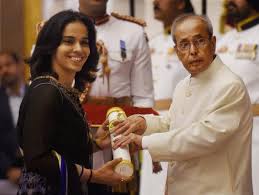 Maharashtra-based farmer Subhash Palekar, who is known as ‘sage of agriculture’ for helping around 50 lakh farmers across the country for increasing production, film-maker from Odisha Nila Madhab Panda, advertisement guru Piyush Pandey, columnist Pushpesh Pant, celebrated chef Mohammed Imtiaz Qureshi, founder of Sun Pharma Dilip S Shanghvi, literature and educationist from Assam Prahlad Chandra Tasa were honoured with the Padma Shri. Government had announced Padma awards for 112 eminent persons on the eve of Republic Day. The rest of the awardees, including superstar Rajinikanth, actor Priyanka Chopra and tennis star Sania Mirza, will be given the honour at a separate function to be held next month.