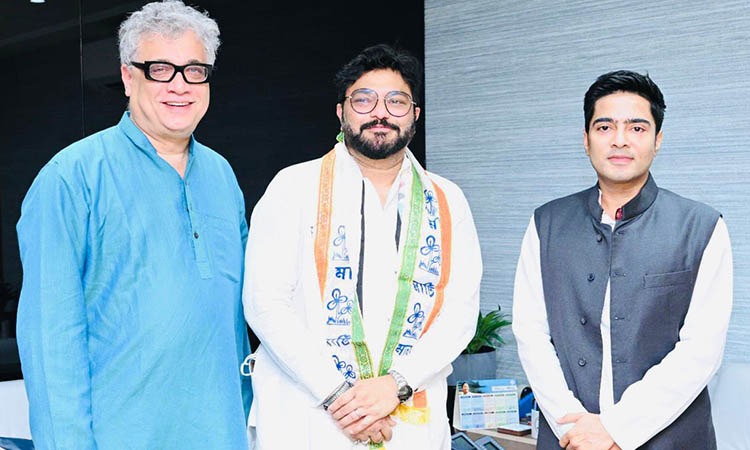 New Delhi: Asansol MP and former Union Minister Babul Supriyo today joined the Trinamool Congress (TMC). Babul, who announced his retirement from politics on July 31, 2021, surrendered his resignation, claiming he would not join any other political party. However, the news of Babul joining the TMC has taken everyone by surprise.

According to a tweet from TMC, former Union Minister and MP Babul Supriyo joined the TMC family today in the presence of National General Secretary Abhishek Banerjee and RSS MP Derek O’Brien.

We take this opportunity to extend a very warm welcome to him! pic.twitter.com/6OEeEz5OGj

Notably, Babul Supriya joined the BJP in 2014 and embarked on a political journey. He contested from Asansol constituency on a BJP ticket and won twice as an MP. He also served as Minister of Environment and Forests in the Union Cabinet.

“I didn’t come to politics to make everyone happy,” he wrote in a post on social media about quitting politics. It is not possible for me to do so, nor have I ever tried to do so Because of this, I did not get along well with everyone.