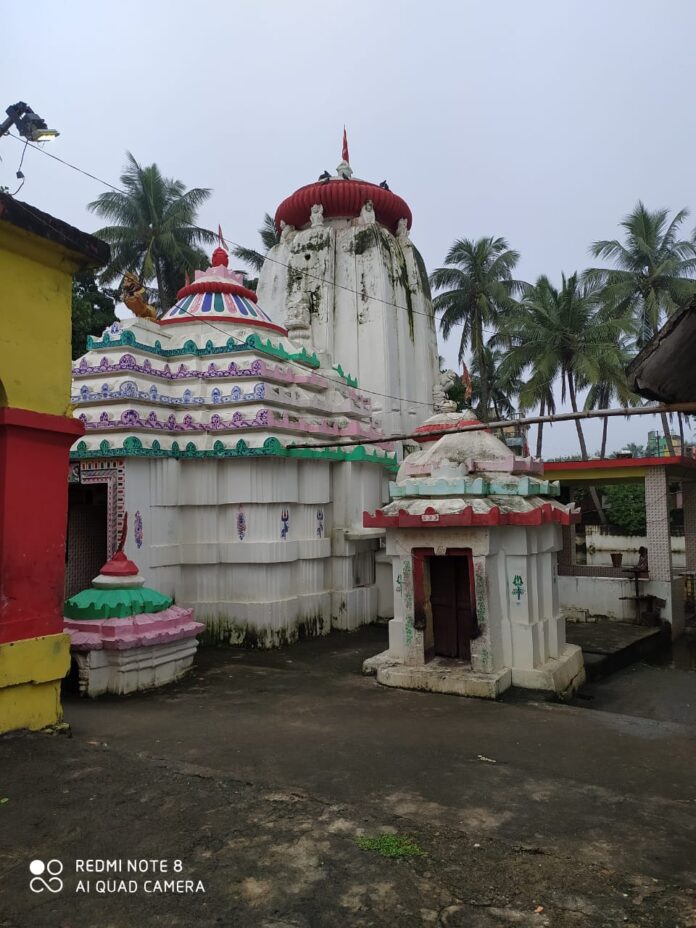 Bhubaneswar: October 16:  Local legend has it that Lord Shiva once inadvertently killed a calf for which he did great penance. One of the acts of repentance was taking a bath in the Gosagareswara Pond. Even today, people who have accidentally killed a cow or let it die while in tether; take a ritualistic bath here to cleanse themselves from the sin. Just 200 meters from the Vaital Temple and around 800 metres west of the Lingaraj Temple, this pond and the adjoining temples have been a sacred spot for locals, even Lord Lingaraj comes calling during the Durga Puja celebrations.

The Pond predates the adjoining set of temples; it has been assigned to the 13th Century C.E, the period of the Later Gangas. It is fed by a natural underground spring and the overflow was discharged into the Bindu Sagar through a channel on the north-eastern corner. For centuries, the water level in the tank remained constant, the inflow and outflow being maintained.

Sheer lack of maintenance and bad planning have today rendered the sacred pond into a cesspool of stagnant water. The exit channel has been blocked since the last few years; the water level has risen and enters the temple complex during the entire monsoon months.

The Gosagareswara complex consists of eleven temples dedicated to various divinities. While the presiding deity is Lord Shiva, the other temples which include the Isaneswara, Narashimha, Paradesvara and the Sanisvara Temples too have Shivalings in them. Three temples are abandoned and a large Mandap of a later period too exists.

The constant accumulation of water in the tank submerges the base of the main temple and is rendering the foundation weak and many cracks have developed. Water seeps into the Garbhagrihas of nearly all the temples in the complex. Constant water logging has resulted in a high ground water level; the mandap can be seen leaning to one side.

The water in the pond is highly polluted with micro hydrophytic organisms floating on the surface. Many of the locals who used the tank for their daily baths have stopped using it. Earlier it was also a source of drinking water. Even the dug well inside the complex is now contaminated due to the high ground waterline.

The temple was last repaired by the State Archaeology Department in 1999, a compound wall that was made which has stopped the natural flow of water. Presently, the temple keepers are pumping out the water at regular intervals, but it is hardly effective. The locals have intimated the authorities many times, but to no avail. If immediate measures are not undertaken, much damage will happen to the temples as the foundations will be severely affected.

Prafulla Swain, the Secretary of Maa Jageswari Youth Association says that they undertook cleaning of the accumulated sludge in the tank many times, but if permanent corrective measures are not taken, a lot of damage may happen. He pointed out to the widening cracks on the temple sides.

Anil Dhir, the project Co-ordinator of Indian National Trust for Art and Cultural Heritage (INTACH) is of the opinion that nearly all the holy tanks of the Old Town are all in a very advanced state of disrepair and neglect. The Ganga-Yamuna, the Bada Kua and Kapila Kunda of  Kapileswar, Manikarnika, Kukutesvara, the tanks in the   Kedar Gouri and Mukteswar Complex, Kotitirtha, Papanasini, Sunderesvara, Yamesvara, Mahabhoisasan and the Godavari tank are all in an advanced of decay and need immediate attention. They have floating garbage, plastics and household waste dumped. Many of them are not being used anymore.

According to noted environmentalist Dr. Biswajit Mohanty, rampant digging of bore wells has rendered many of the natural springs dry. In some areas, the locals have formed Sahi committees and stopped the sinking of new bore wells. Mohanty says that the local clubs can be roped in for voluntary kar-seva to clean and de-silt these water bodies. The Gosagareswara tank repairs should be immediately undertaken as all the temples in the complex are at risk.