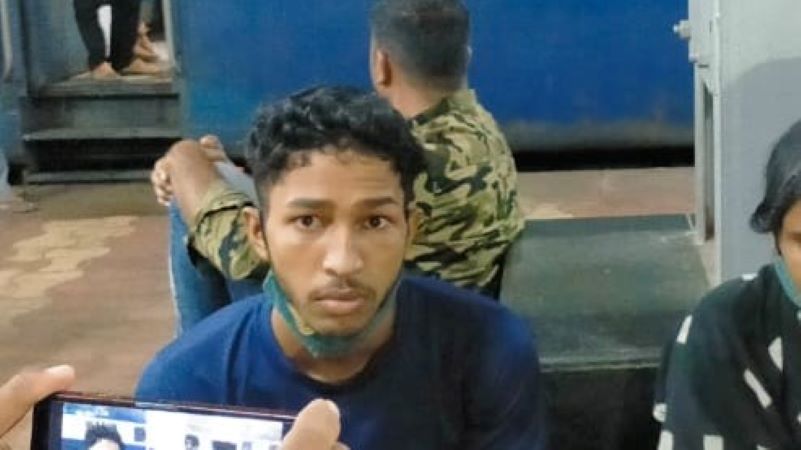 The delivery boy Patitapabana Prusty who himself created the drama and informed his wife that some miscreants have kidnapped him, has been brought back to Bhubaneswar by Commissionerate Police.

Police sources said, Prusty had done that drama  to run away with a girl from Gop area in Puri District.

Police brought the duo from Katia Railway Station, Madhya Pradesh. Following the information by the Commissionerate Police, Railway Protection Force had detained them.

Both are now being interrogated at Dhauli police station to get the reason behind Prusty’s kidnapping drama.

Earlier, Patitapavan’s wife and family members had filed an FIR on September 12 alleging that, some miscreants have kidnapped Patitapavan from near Daya river road at Lingipur area.

Also, patitapavan had sent a voice message to his wife saying that, he has been kidnapped by some drunkards.

Police immediately launched a search operation and recovered his slippers, bag and knife from the roadside near the spot informed by Prusty in the voice message.