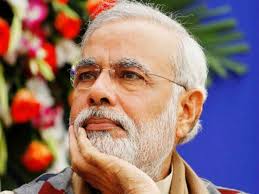 Dispensing of Rs 500 and Rs 1000 notes and replacing them with new Rs 500 and Rs 2000 notes is a bold decisive move and a ‘powerful action’ taken by the Indian Government which has surprised many, but has been mostly welcomed by people, in order to curb the inflow of fake currency that has been pumped into the circulation to destabilize the progress of Indian Economy. This sudden move to dispense with high denomination currencies has re-built the ray of dying hope for “Change” among the Indian citizens, who have welcomed the move as a weapon for strategic war against many who are indulging in holding black money and trying to crumble the progress of growth of Indian economy.

The Prime Minister Narendra Modi has been hailed for such a surgical strike to fight corruption in the system as the circulation of huge black money and fake currency of 60 to 70 %  which amounts to about six lakh ‘crores’ is crippling the fundamentally strong economy.

From Nov 8 midnight when Mr. Modi played his master stroke, Bollywood-town celebrities tweeted their congratulations and support. Celebrities from Rajnikanth to Amitabh Bachhan have lauded his move.

Some of them were;

Filmmaker Karan Johar’s tweet said, “This is truly a masterstroke move!!!! @narendramodi hits it out of the stadium!!!!”

Anurag Kashyap, who is taken to be Modi’s harshest critics, also had a different opinion to a surprise. Without mentioning or tagging Modi, Anurag tweeted, “Ballsiest move I have ever seen from any leader. It will cause a lot of heart ache but Kudos..Super way to make the black money redundant.”

Director Madhur Bhandarkar wrote, “Congratulations to @PMOIndia @narendramodi for this bold move to ban 500 and 1000 notes to counter #BlackMoney and strengthen our economy.”

Anushka Sharma wrote, “A welcome bold&courageous step by PM Modiji towards nation building. Each 1of us shld cooperate in d larger interest of d nation #BlackMoney.”

On the other hand, Arjun Kapoor seemed not so happy as his tweets indicated. He wrote, “The timing of the PM is interesting but the question is what will the government provide back to its fair & honest citizens after all this,”.

Apart from Bollywood, number of politicians also bombarded Twitter with their diverse views and opinions.

Rajyavardhan Rathore wrote, “An opportunity where every citizen can join this mahayagna against corruption #IndiaFightsCorruption”.

Join your hands in #IndiaFightsCorruption.

While on the other hand, Mamata Banerjee wrote, “This is financial chaos and disaster let loose on the common people of India…

I want to know from PM how my poorest brothers and sisters, who’ve recd their week’s hard earned wage in one 500 re note will buy ata, chal, tomo?

Heartless and ill-conceived blow on the common people and the middle class in fake name of anti-corruption.

Business tycoon, Anand Mahindra said, “Success required the element of surprise. Incredible that this masterstroke was kept confidential. No leaks in this ship of Government.twitter.com/pmoindia/statu…

Urgent message to anyone who robbed a bank tonight. You just got robbed…

Another such tweet came from Sajjan Jindal, he wrote, “Proud of @narendramodi for taking such a path breaking step. Only person who can take such a step is @narendramodi.

He has once again succeeded to surprise his vivid critics with this bold move, though it is quite evident that this idea would not have been implemented by Narendra Modi overnight and someone else must have thought of this and convinced him to eradicate the unauthorized currencies from the system. In fact, this idea was conceived after Mr Modi met this person named Anil Bokil earlier this year, an Aurangabad-based architect, and chartered accountant.  Anil Bokil who runs ‘Arthakranti Sansthan’ an NGO had convinced Mr Modi that unaccounted hidden cash is skyrocketing the prices of real estate, land, homes, jewelry etc and hard earned money is losing its value; this needs to be stopped immediately and hence, steps like scrapping of Rs 500 and Rs 1000 bank notes should be made, which should have been done long back, to end the circulation of ‘fake’ currency. He convinced Mr Modi that no one else other than him could take such a bold initiative. Mr Modi who realized and imagined about such a drastic impact had planned this surprising move taking into confidence the Finance Minister and Reserve Bank Governor to correct the hurdles in economic progress, irrespective of its effect and implications on both general and business communities. He was aware of the temporary unrest which the poor and middle class citizens may come across, as well as the criticism from political oppositions. But he can very well justify his move with the study made by the Reserve Bank of India; that states that while the increase in the circulation of notes of all denominations had grown by 40% from the year 2011 to 2016, those of 500 rupees increased by 76% while those of 1,000 rupees had grown by 109%. The economy had expanded only 30% in this period. This showed the disproportionate increase of high denomination notes.

Also Read  Ashok Swain: The man with a movie camera

Currency crackdown effect: Mr Modi made a smart move to catch all the corrupted business practices and the movement of fake money by terrorist organizations operating from neighboring countries. People trying to infuse black money through many to dupe taxes were also caught wrong footed. Our Finance Minister has cracked a whip that people buying gold at Rs 40,000-Rs 60,000 to get rid of black money will be identified and 200% fine will be levied on them. The government’s surprised crack down on high-value currency notes will uncover 3 trillion rupees ($45 billion) in black money, which is cash that’s stashed away to avoid tax. Even there are more optimistic opinion that’s pegging the figure at as much as 4.6 trillion rupees. This money can now get utilized for various economic reforms.

Here’s what the funds could offer Modi:

“The magnitude of cash in circulation is directly linked to the level of corruption. Inflation becomes worse through the deployment of cash earned in corrupt ways. The poor have to bear the brunt of this. It has a direct effect on the purchasing power of the poor and the middle class…High circulation of cash also strengthens the “hawala” trade which is directly connected to black money and illegal trade in weapons…To break the grip of corruption and black money, we have decided that the five hundred rupee and thousand rupee currency notes presently in use will no longer be legal tender from midnight tonight, that is 8th November 2016” said Narendra Modi, Prime Minister of India.

The Story of the First Flag of Independent India; Its rightful place is at Netaji Museum Katak

Worshipping Cattle in Raksha Bandhan; The Tradition of India