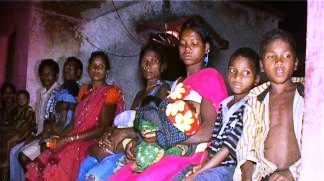 Malkangiri, Nov 15: On Monday night after being threatened from Maoists, around 30 tribal of five families belonging to Dabuguda village in Malkangiri vacated their homes. These tribal reached Kudumulugumma today morning thus covering a distance of almost 40km.

It’s stated that the ultras had posed threats to the tribal to vacate their homes based on the suspicion that they had informed the cops about the presence of the red rebels in Panasput area, where around 30 Maoists had died in a combing operation last month.

To a relief, the district administration has provided temporary accommodation to the villagers at the Kudumulugumma block office.