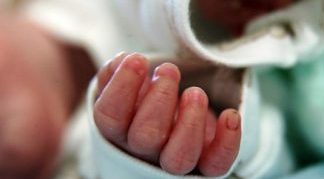 Sambalpur, Nov 15: On Monday it seemed that this demonetization has actually posed trouble for the common man especially in the rural sector, when a father of a two-year old baby failed to convince the auto-rickshaw driver to take his ailing child to the hospital as he had the old Rs 500 notes which the driver did not agreed to exchange hence, that led to the death of the child here.

The name of the helpless father was Sudarsin Surin belonging to Marangabahal village. At first he took his two-year-old son to Meghapal hospital riding a bicycle thus covering a distance of 7 km just after the kid fell sick. On reaching there, the doctors advised Surin to take his child to Sambalpur hospital which was another 40 km away from Meghapal, as the condition of the baby deteriorated.

Panic-stricken Surin requested several auto-rickshaw drivers to carry his child to Sambalpur hospital mentioning that he only has ten demonetized Rs 500 notes but no one agreed to help him. At last, the kid died at the hospital after being untreated for about 3 hours. When the ADMO, Panchanan Nayak was asked about the incident he just simply said that had he been aware of the incident, the baby would have been carried to the required hoapital in 108 Ambulance.