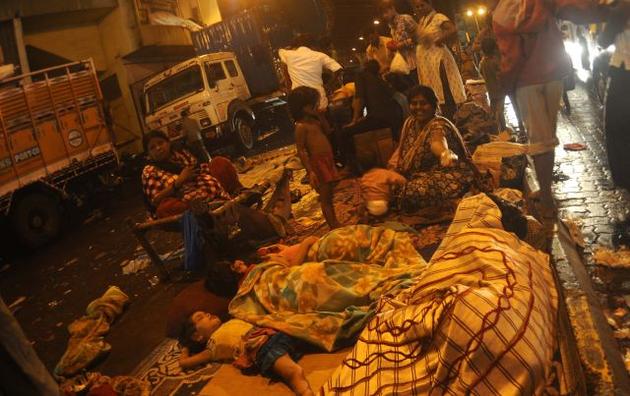 Bhubaneswar: In another step forward towards ensuring right to shelter, shelter for urban homeless has been put on track with Chief Secretary Gokul Chandra Pati taking a video conference with Collectors of several districts on Wednesday from Secretariat conference hall.

Secretary Housing & Urban Development G Mathivathanan joining the Chief Secretary presented the details of the project and outlined the issues for discussion.

Pati advised the Collectors and Urban Local Bodies to construct the shelters near bus stands, hospitals and railway stations and other such places where more number of homeless persons are seen.

The Collectors have been directed to prepare the detail plan and estimates by 15th October and send those for Govt approval.

Detailing the project Secretary H & UD, Mathivathanan said that the urban shelter is meant for people who live and sleep in pavements, parks, railway stations, bus stations, places of worship, outside shops and factories, at constructions sites, under bridges, in hume pipes and other places under the open sky or places unfit for human habitation.

It has been decided to construct such shelters in every city with a population of more than one lakh. One shelter home with capacity of accommodating at least 100 persons will be constructed for every one lakh population.

The ULBs have been assured of financial assistance at the rate of Rs.40 lakh for one shelter home with capacity to accommodate 50 persons. Cities having the population above one million and cities of special social, historical or tourist importance will taken up on priority under the project.

Official sources say, arrangements have been made for providing Rs.6 lakh per annum towards operation and maintenance cost to each shelter home with capacity of 50 persons.

Chief Secretary has directed to make separate arrangements for vulnerable groups like children, disabled, women and aged persons in these shelter homes.
It has also been decided to have common kitchen facility, locker facility, fire fighting, first aid arrangements etc in the shelter homes.

Available data shows, at present cities like Bhubaneswar, Cuttack, Rourkela, Sambalpur, Berhampur, Puri, Balasore, Bhadrak, Baripada have more than one lakh population.
As per 2011 census, there is requirement for construction of shelter homes in 9 cities to accommodate around 3270 persons.

Till now 9 such shelter homes with total 278 capacities has been built. Other 18 homes have been sanctioned for 10 ULBs during 2014-15.