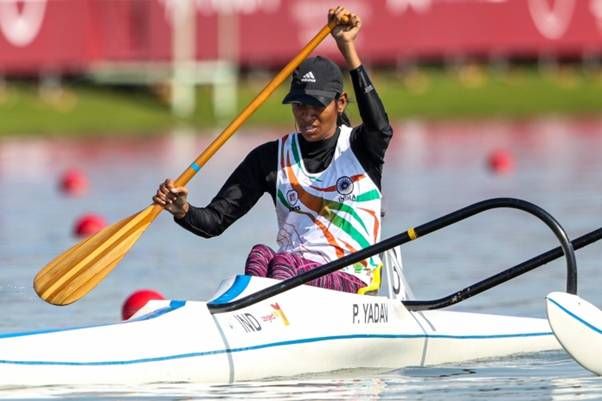 She will take part in the Women’s VL2 200m Heats on September 2, with the semis and final scheduled the next day.

Training under Mayank Singh Thakur at the Lowe Lake in Bhopal, Prachi, who is physically challenged below her waist, also has received key interventions from the Govt of India in terms of participation in international competitions and national coaching camps along with sports science support and kits.

India’s three-member water sports delegation, comprising two male Swimmers and a female Canoe sprint athlete, are confident they will be able deliver their best performances at the Paralympic Games in Tokyo. For Suyash Jadhav, it is his 2nd Paralympic Games while Niranjan Mukundan and Prachi Yadav will be making their bow at the biggest stage for the first time in Tokyo. All three are a part of the Target Olympic Podium Scheme (TOPS).