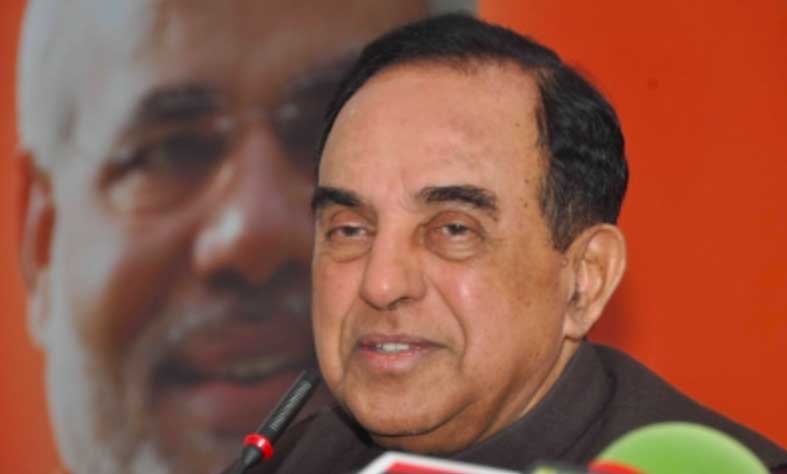 The journalists also demanded that a Special Investigation Team (SIT) be formed to investigate the “nature and fate” of “numerous” Public Interest Litigations (PILs) filed by Swamy over the years.

“It’s a well-hatched conspiracy. Through such tactics, he’s trying to demoralise and intimidate us. I can’t fathom why our filing a PIL against Rajeshwar Singh is bugging Subramanian Swamy so much. We want an inquiry in all his conduct and all his PILs filed so far,” Narain, an independent journalist and an anti-corruption crusader, told reporters here.

“Instead of supporting such routine investigation, Dr Swamy mysteriously jumped into the fray and started attacking the petitioner by spreading lies in social media and in the press,” Narain said.

Earlier in the month, Swamy had moved the Supreme Court seeking to be impleaded in the said PIL, arguing that allegations against ED officer Rajeshwar Singh were aimed to delay the investigation and that the officer was protected by the top court on several occasions earlier.

Singh, a Joint Director at the Directorate, is heading the investigation in 2G spectrum and Aircel-Maxis deal cases.

Kapur, the Managing Editor of newspaper “Kalchakra”, had filed a PIL on June 3 this year in the Supreme Court demanding a probe into the “disproportionate assets” of Rajeshwar Singh.

The Supreme Court on Wednesday allowed the government to investigate allegations against Singh.

Senior Congress leader and former Finance Minister P. Chidambaram and his son Karti Chidambaram are being probed for alleged irregularities and graft in the grant of Foreign Investment Promotion Board (FIPB) clearance to the Aircel-Maxis deal.

The allegations against Singh were mentioned in a report submitted to the top court in a sealed envelope on Wednesday.