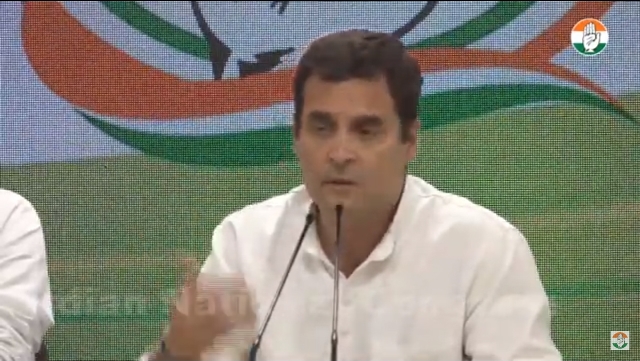 He was responding to reporters who informed him that the Prime Minister was going to address a press conference.

Taking a pot shot at Modi, Gandhi said: “Prime Minister is accompanying Amit Shah in a press conference. It is unprecedented.”

He said that he had heard that there was such a big crowd of journalists gathered for this major press conference that all the doors of the Bharatiya Janata Party office here had to be shut, leaving many of the media stranded outside the venue. (IANS)