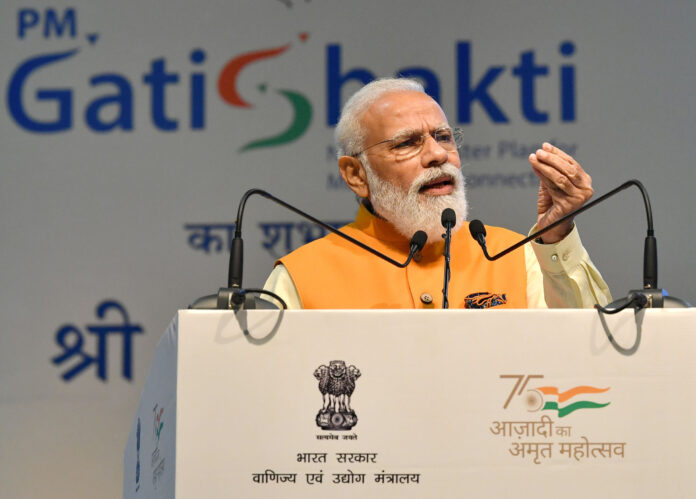 Addressing the gathering, the Prime Minister noted the auspicious day of Ashtami, the day of worshiping Shakti and said that on this auspicious occasion, speed of nation’s progress is also getting new Shakti.

He said, the foundation of India for the next 25 years is being laid today. PM Gati Shakti National Master plan will take the confidence of India to the pledge of aatmnirbharta. “This Masterplan will give impetus (Gati Shakti)  to 21st century India,” the Prime Minister said.

The Prime Minister stressed that the people of India, Indian industry, Indian business, Indian manufacturers, Indian farmers are at the center of this great campaign of Gati Shakti. It will give new energy to the present and future generations of India to build the India of the 21st century and will remove the obstacles in their path.

The Prime Minister said that over the years, the signage ‘work in progress’ became the symbol of lack of trust.

We have not only developed a work culture of completing the projects within the stipulated time frame but efforts are now being made to complete the projects ahead of time”, he added.

Swachh Sagar, Surakshit Sagar Campaign In 75 Beaches Across The Nation