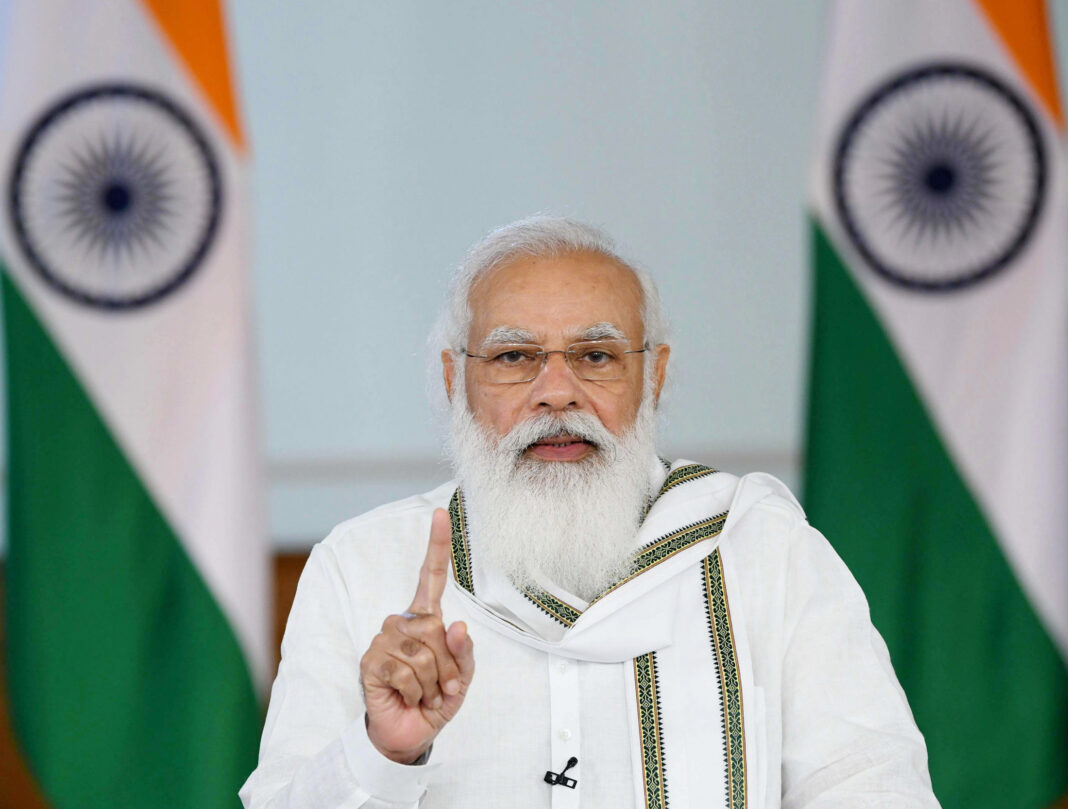 This enabled the transfer of an amount of more than Rs. 19,500 crores to more than 9.75 crores beneficiary farmer families.

It was the 9th installment of the financial benefit under Pradhan Mantri Kisan Samman Nidhi (PM-KISAN).

Under PM Kisan Samman Nidhi, Rs. 1 lakh 60 crore has been given to farmers so far.

Out which Rs. 1 lakh crore were transferred to small farmers during the pandemic period. More than 2 crore Kisan Credit Cards were issued during Corona period, most of them to small farmers.

These steps increase the small farmer’s access to market and his bargaining power through FPOs, said the Prime Minister.

The Prime Minister touched upon initiatives like Mission Honey-Bee and making saffron from Jammu & Kashmir in the NAFED shops.

Honey mission has led to 700 crore export of honey resulting in extra income for farmers.

The Prime Minister said the government has made the biggest ever purchase from farmers at MSP, be it Kharif or Rabi season.

He said that through the National Edible Oil Mission-Oil Palm mission, more than Rs. 11,000 crore will be invested in the cooking oil ecosystem.

The Prime Minister pointed out that today, for the first time, India has reached among the top-10 countries of the world in terms of agricultural exports.

The country has set new records of agricultural exports during the Corona period.

Today, when India is becoming recognized as a big agricultural exporting country, it is not right to stay dependent on imports for our needs of edible oil.