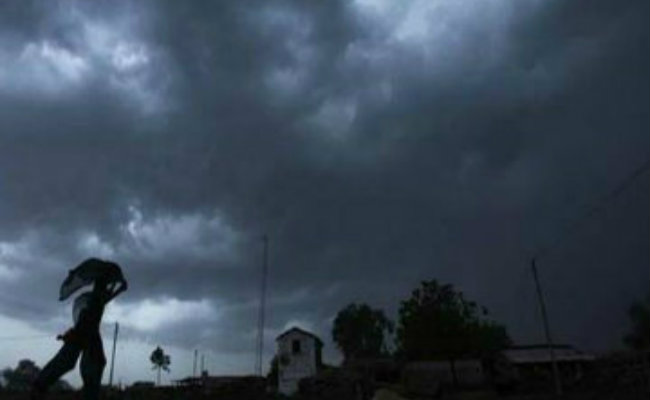 Chennai, Nov 9: Last-minute Diwali shoppers had a harrowing time as incessant rains brought the city to a virtual standstill with clogged roads leading to traffic snarls and affecting free movement in the busy areas.

The forecast is that the deep depression over Bay of Bengal will cross Cuddalore, about 180km from here, by late noon/afternoon with accompanying gusty winds.

The deep depression lay “110km east-southeast of Puducherry and 180km southeast of Chennai.

“The wind speed is expected to be between 55-65kmph, gusting up to 75kmph,” an official at the Regional Meteorological Department said.

Monday morning office-goers, especially women, and senior citizens stirring out for Diwali shopping had a harrowing time as they were faced with knee-deep water in many areas. Several vehicles broke down on the flooded roads and people were seen giving these a push.

Meanwhile, firecrackers in some areas were reportedly being sold at discounted prices over the likely assumption that heavy rain would deter buyers.

With schools closed today, children would surely be praying for clear skies so that they may burst crackers ahead of Diwali.