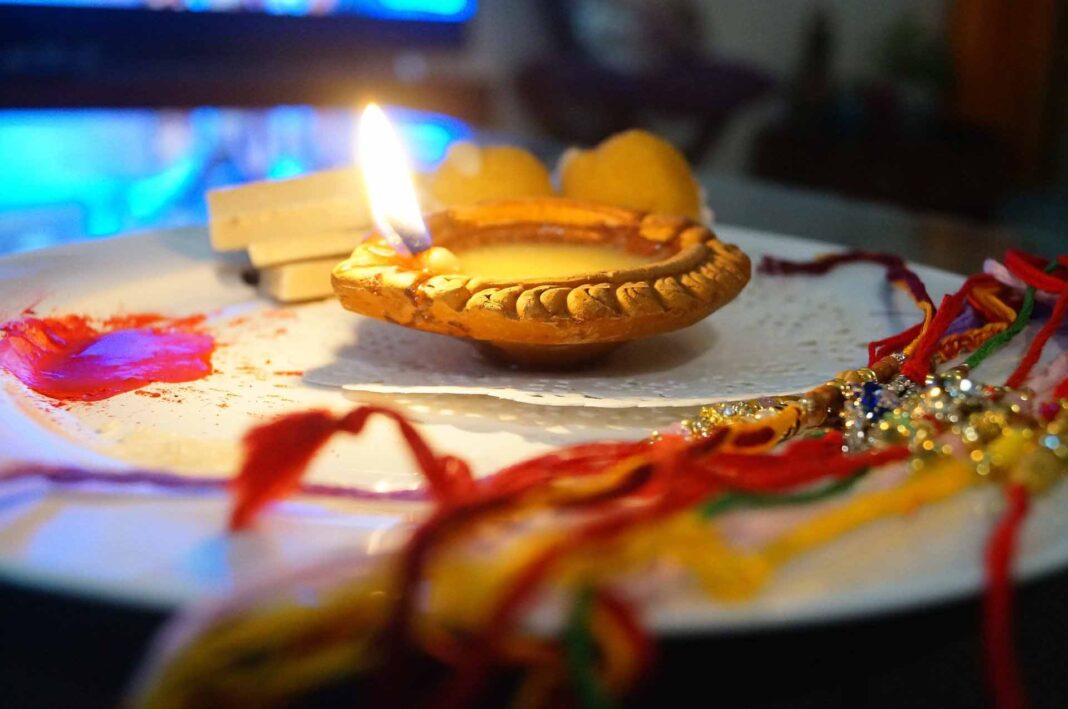 Are women as a matter of fact looking for protection in return for a Rakhi?

Bhubaneswar, August 22: Rakhi Purnima or Raksha Bandhan is a festival to strengthen a bond between a brother and a sister, celebrated mostly in India and among Indians across the globe, where a sister ties a Rakhi to a Bhai’s(Brother’s) hand in return for protection.

But, are women as a matter of fact looking for protection in return for a Rakhi, today?

Don’t you think our films are reflecting this very boldly?

Early bollywood films, at most times, were incomplete without a ‘Bhai-Behan’ & a Raksha Bandhan Song. But with time, the festival seems to have vanished from our films. Reasons? There may be many — society has changed, audiences have changed, concerns of filmmakers or it has something to do with the image of our superstars.

For my previous generation, as far as I can recall, the bhai-behen relationship came into light with Nanda in Choti Behen (1959),  where she plays the role of a blind sister, where she is badly treated by her sisters-in-law. A particular song from the movie “Bhaiya mere rakhi ke bandhan ko nibhana”, based on Rakhi celebrations, became an anthem for the patriarchal society, endorsing male protection to women in Indian society.

If you can recall, I am talking about the era before DJ Systems came into being, “Meri Pyari Behnaniya Banegi Dulhania” song became a national sensation and no wedding celebrations were complete without it.

It was not just the conventional films, but even new wave cinema emphasised on sibling bondings, just like Raj Kapoor’s Boot Polish (1954). Listed in Time’s top 100 films of all time (2005) and much appreciated, the epic drama Pather Panchali by Satyajit Ray was another such great cinema, which sheds light on the life & bonding of Apu & her elder sister Durga.

Also Read  🐾 Did You Know, "There Is An International Dog Day" 🐾

Filmmakers, over the years, have tackled new ways to entertain the audience and sustain the ‘Bhai-behen’ bonding. Ek Phool aur Chaar Kaante from 1969 is one such example. Ashok Kumar’s Aaj Aur Kal was also such a film, which narrates an emotional drama about a separated siblings, who reunite in the end.

In the 60’s & 70’s era, if you recall, many actresses made a wonderful career by acting sisters to lead actors. Some of them were Nazima, Naaz etc. And if you didn’t know, Naaz played the ‘Behna’ character to Rajesh Khanna, till as long as he ruled the screens.

In 71, with the superhit ‘Hare Ram Hare Krishna’, Dev Anand showed an exceptional bonding with Zeenat Aman, who played the character of Dev’s sister Jasbir/Janice. It was, I think, the first time ever a hero put his girlfriend on hold to rehabilitate his drug addict ‘behen’. A song from the movie ‘P……….’, ohh yes, you have guessed it right. ‘Phoolon ka Taron Ka’, made the audience go ‘awwww’ then, and it’s pulling the heartstrings even today.

Notably, Meena Kumari, who got famed as a conventional heroine, dared the cliche agreeing to do Kaajal (1965), focused on an obsessive brother sister bonding. Amitabh Bachchan who is perceived as family man in Indian cinema, also did movies like Majboor (1974), where he struggled to secure his handicapped sister; seeking revenge for her sister’s rape in Adalat (1976); assuming responsibilities of her sister’s marraige in Trishul (1978) and more.

In recent years, actors like Shahrukh Khan and Naseerudin Shah have also defied cliches to play the brother character in Chahat (1996) & Josh (2000).

In later years, Shahrukh’s obsession with movies like Dilwale Dulhania Le Jayenge, Kuch Kuch Hota Hai, Dil Toh Paagal Hai and Kal Ho Na Ho showcased more of friendhood bondings. His character was more focused on friendship rather than a brother. Perhaps the new age writers do not think him fit for the character of a brother or vice versa.

Reason may be ‘n’ number off. But it is clear that our films have been or might be moving away from families. May it be Rakhi Bandhili, Mo Rakhiba Mana (2005); Meghe Dhaka Tara (1976), Aaina in Jeevan Dhara (1982) or Bandini (1960), the character of a sacrificing sister was a front runner in all eras.

But today, women, may it be on-screen or real life, are smashing darbies. Rakhi Purnima is a festival to make merry. Sisters today may not seek protection anymore, but brothers are even not making any promises. And our cinema is quite sincerely returning this new wave bond.

Muharram; Muslims Mourn The martyrdom of Imam Hussain On The Day Of Ashura