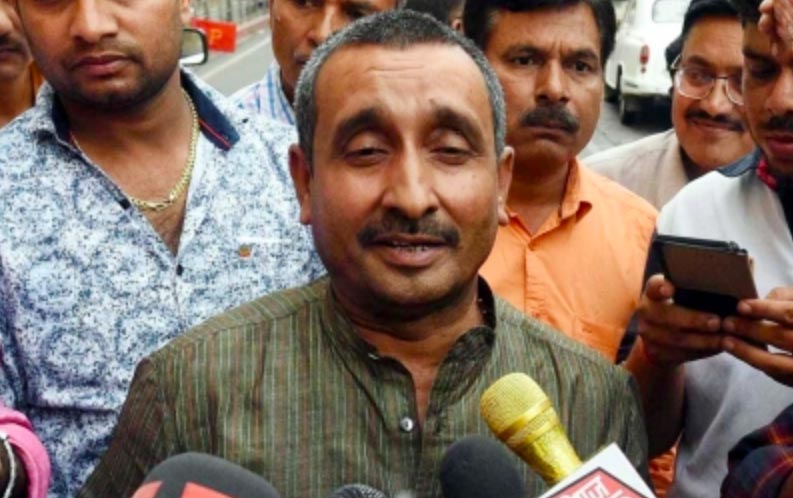 Lucknow/New Delhi, July 13 (IANS) The Central Bureau of Investigation (CBI) on Friday filed a chargesheet in a Lucknow court against BJP MLA Kuldeep Singh Sengar, his brother and eight others, including three policemen, in its probe into the Arms Act case in which the politician had framed the Unnao gang-rape victim’s father.

Besides Sengar, who represents Uttar Pradesh’s Bangermau Assembly constituency, his brother Jai Deep Singh aka Atul Singh, the then station officer of Unnao’s Makhi police station Ashok Singh Bhaduria, his colleague Sub-Inspector Kamta Prasad, constable Amir Khan, and others have been named in the CBI chargesheet.

All the accused have been booked under the Arms Act, and various sections of Indian Penal Code.

In the chargesheet, an official said, the CBI accused Sengar and his brother of filing a false complaint against the victim’s father, alleging that he was caught by them with the help of their aides while threatening them with a countrymade pistol.

It was also mentioned in the chargesheet how the victim’s father suffered injuries, arrested the same day and sent to judicial custody on April 4 from where he was admitted a hospital four days later. On April 9 he succumbed to his injuries during treatment.

This is the second chargesheet against Sengar within three days. The CBI on Wednesday had filed a chargesheet against the politician as part of its probe into the Unnao rape case. On July 7, the CBI named Sengar’s brother Atul in its first chargesheet in connection with the death of the minor’s father.

The chargesheet is based on one of the three cases related to the arrest of the minor victim’s father on April 3 by the Unnao police for illegal possession of arms. The other accused in the case are Vineet Mishra, Birendra Singh alias Bauwa, Ram Sharan Singh alias Sonu and Shashi Pratap Singh, all residents of Sarai Thok Makhi in Unnao district. They face charges of murder and criminal intimidation, among others.

A CBI official said that the teenager was first raped by the BJP MLA on June 4, 2017 evening at his home when she went to meet him for a job. She was gang-raped by another group between June 11 to 20.

In April, the victim tried to commit suicide outside Uttar Pradesh Chief Minister Yogi Adityanath’s house, alleging that the police did not act though she had approached them several months earlier. The case was later handed to the CBI.