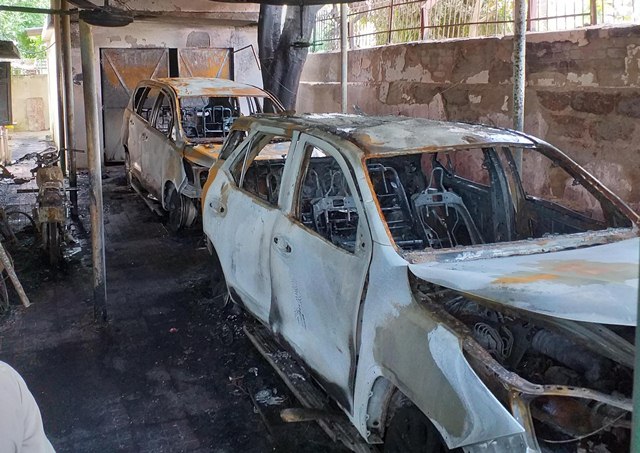 The incident took place late on Sunday night when Pradhan, the MLA from Talcher assembly constituency, was not present at his residence.

The miscreants had locked the door from outside and had torched the vehicles in the parking area. Two bikes and two cars have been reduced to ashes after the incident.

“Prima facie, it seems to be a case of mischief. We have engaged special scientific teams and we are trying to find the accused. It seems that somebody has set the house on fire in a deliberate manner,” said Bhubaneshwar Additional Commissioner of Police Sanjay Ku. Singh. (IANS)

Also Read  Defections in Odisha pick up ahead of elections