Home World “You Cannot Ignore The Progress Of Women Over The Past 20... 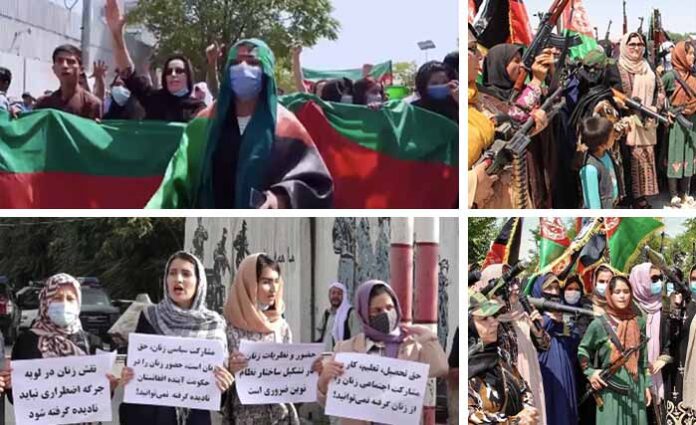 Shahbaz Sharif To Be Elected As Next Pakistan Prime Minister

Kabul, 20th August: We demand equal right and we demand involvement in the Government, says Afghan women Protestors who are fighting alone against the Taliban. We will rather be in someplace else, than being in this war-torn country— says majority of Afghan women. As stated in a report by the US analytics and advisory company Gallup.

Nearly 50% of Afghan women who have come out to the streets to protest with placards and Afghanistan‘s national flag have demanded women’s involvement in the government, to the Taliban. Women have started feeling less secure, struggle to find work and afford basic necessities are increasing day by day.

Many women, feeling unsafe and desperation in the environment, have said that they would like to join the mass exodus and leave their country permanently if they could. Afghan’s desire to migrate has increased in every region of the country within the past two years, but the number has doubled in the past week itself. In the Taliban controlled South western Afghanistan, sever drought, food scarcity, unavailability of basic necessities has led the people deeper into poverty.