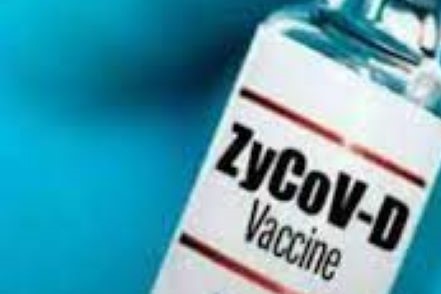 The central government has ordered the purchase of 10 million doses of the three-dose vaccine ‘ZyCov-D’ of the Ahmedabad-based company Zydus Cadila.

Sources said, Center has placed an order for one crore doses of ZyCov-D vaccine to Zydus Cadila, which costs around Rs 358 excluding taxes. This price also includes the cost of ‘Jet Applicator’ costing Rs 93. With the help of this, the dose of vaccine will be given.

Company officials told the ministry that Zydus Cadila is in a position to provide 10 million doses of ZyCov-D per month. Three doses are to be given at an interval of 28 days. This is the world’s first vaccine developed in the country, which is DNA-based and needle-less.

Zycov-D was approved for emergency use by the Drugs Regulator (DCGI) on August 20. NITI Aayog Member (Health) Dr VK Paul had said on 30 September that the world’s first DNA-based vaccine would be used in a nationwide campaign very soon.

In India, now children will also get the corona vaccine soon. But, it will initially be administered only to adults, despite being the first vaccine to have been cleared for an age group below 18, being approved for inoculation of those aged 12 and above.

The government has ordered the purchase of 10 million doses of the three-dose vaccine ‘Zycov-D’ from Ahmedabad-based company Zydus Cadila. Along with this, this vaccine will be included in the national anti-coronavirus vaccination campaign this month. Initially it will be given priority in planting adults.