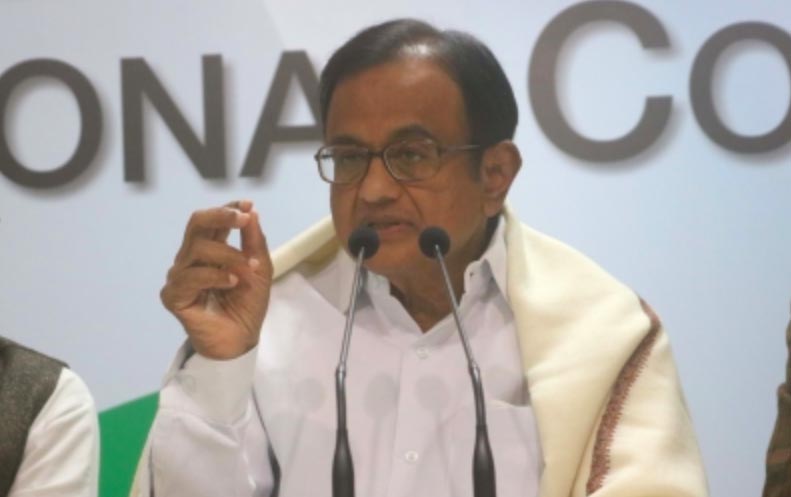 New Delhi, July 19 (IANS) The CBI listed on Thursday former Finance Minister P. Chidambaram as an accused in the Aircel-Maxis case, alleging that he had power to approve foreign investments only up to Rs 600 crore but he cleared Rs 3,200-crore investment without referring the matter to CCEA.

The revelation was made in the charge-sheet the Central Bureau of Investigation (CBI) filed in a special court here that listed the matter for hearing on July 31.

The investigation agency filed the charge-sheet against Chidambaram, his son Karti Chidambaram and 16 others.

A CBI official said that the charge-sheet was filed against Chidambaram for “misuse of official position”. As Finance Minister he approved the investment at his level without sending the file to the Cabinet Committee on Economic Affairs (CCEA).

“He knew everything from the beginning,” the official claimed.

“As per the government policy and FIPB (Foreign Investment Promotion Board) guidelines, as applicable in 2006, where the total foreign inflow is Rs 600 crore and above, the competent authority was CCEA to give approval for foreign investment,” the official said.

He said that as the total inflow of foreign exchange involved in the acquisition of shares of Aircel Ltd was Rs 3,520 crore, only the CCEA was competent authority to give FIPB approval.

“But the approval was given by then Finance Minister. It was shown on file that Aircel was being purchased for Rs 180 crore with 18 crore shares of Rs 10 face value each. However, they didn’t show the premium (on these shares) of Rs 3,200 crore,” the official said.

The CBI and the Enforcement Directorate (ED) investigated Karti Chidambaram’s alleged role in getting FIPB clearance for the Aircel-Maxis deal in 2006 when his father was the Union Finance Minister.

He also claimed that all the officials named in the charge-sheet actively discussed the matter of the FIPB.

A CBI source said when the Maxis applied to the FIPB for making the investment, in its initial application Rs 3,200 crore was mentioned. “But when the file came for approval in the Finance Ministry, only Rs 180 crore was shown as the foreign investment,” the source said.

He said that on March 13, 2006, Aircel applied to the FIPB, and on March 29, 2006, an invoice for Rs 26 lakh was raised by Karti Chidambaram’s firm to the Aircel. The Aircel made payment to the Advantage Strategic Consultancy through cheque on April 1, 2006.

The official also claimed that when the agency officials asked for the purpose of the payment of Rs 26 lakh, the Karti Chidambaram’s firm replied that it was for market survey.

Disclosing the details of the Rs 87 lakh payment made to Karti Chidambaram’s other firm — Chess Management — by the Maxis, the official said as per the details given by them, it was meant for providing a software named ELCM.

“However, when the agencies asked for a copy of the software, they were not able to furnish any,” the official said.

“And all the payments were made during the same period to the Karti Chidambaram’s firm,” he said.

On August 29, 2014, the CBI had filed a charge-sheet in the case alleging that between July 2004 and September 2008, Dayanidhi Maran, as a Minister in the UPA-I government, used his influence to help Malaysian businessman Krishnan buy Aircel by coercing its owner Sivasankaran to part with his stake.

Sivasankaran alleged that Maran favoured the Krishnan-owned Maxis Group in the takeover of his company. In return, he alleged, Maxis made investments through Astro Network, a sister concern, in Sun Direct TV Pvt Ltd (SDTPL), said to be owned by the Maran family.

However, a special court had dropped charges against former Communications Minister Dayanidhi Maran, his brother Kalanithi and others in the alleged kickback of Rs 742 crore in the Aircel-Maxis deal, saying the “perception or suspicion” was not backed by concrete evidence.