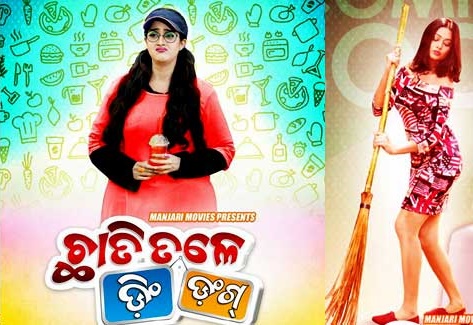 Bhubaneswar, Oct 8: ‘Chhati Tale Ding Dong’, movie presented by Manjari Movie Productions, will hit the silver screens in the state of temples as a gift for people on the occasion of Dusherra. It is the seventh film by this production house which will add another flavor to the Ollywood genres with again an additional extra action from Bollywood. It’s because Bollywood Superstar Shakti Kapoor would be seen for the second time after he acted in “Bahudibe Mo Jaga Balia” which came in 2003, along with Barsha Priyadarshini, Archita and Sabyasachi.

The movie has been directed by Mirtyunjay Sahu while the Producer of the movie is Somya Ranjan Patnaik. Songs of the movie have been penned down by the famous, Malaya Mishra. It is a film where audience will see both Archita and Barsha acting on a single screen.

The movie has come up with strong story line and music. People will get to see some new locations and will enjoy the movie from a different story angle.