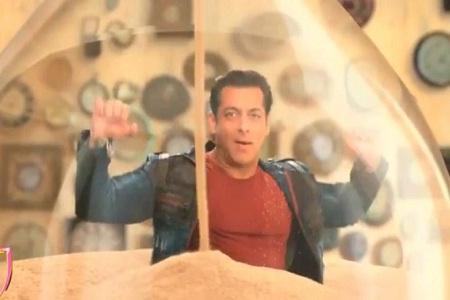 New Delhi: October 10: The Big Boss 13 controversy has reached the Information and Broadcasting Ministry which has sought a report on complains made by different organisations and individuals that have reached the ministry. Not only Karni Sena of Rajasthan has written a letter to the ministry but also Bharatiya Janata Party MLA from the Loni constituency of Uttar Pradesh Nand Kishor Gurjar has written a letter to Union Information and Broadcasting Minister Prakash Javadekar.

Sources in the ministry said that the ministry has sought a report from its electronic media monitoring team about the obscene content of the said programme. The programme is criticised on social media as well. Loni MLA Nand Kishor Gurjar writes, “Content of this programme that is being telecast on Colours television is open display of obscenity and absurdity which is a compromise on old, historical and cultural tradition of the country. In the name of TRP, programmes like Big Boss-13 are trying to destroy social coherence and cultural fabric of the country.”

Gurjar said, “The concept like ‘bed friend forever’ is not only destroying our age-old cultural tradition and value of the society but deliberately trying to target Sanatan tradition by showing a Hindu girl sharing bed with a Muslim boy. This might cause tension in the society and it must be stopped immediately.” (GNS)