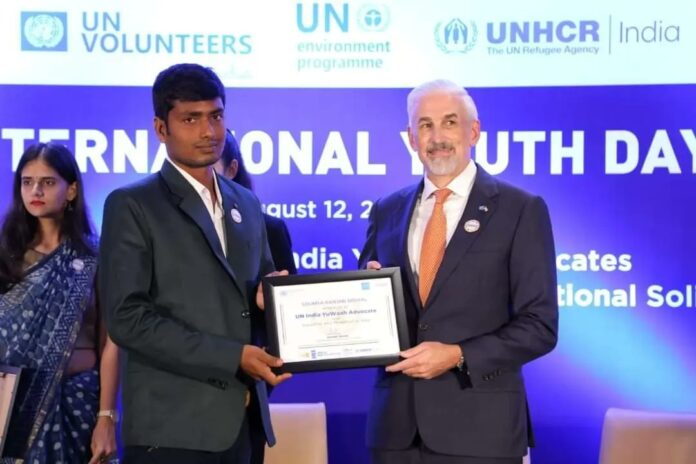 Men and the environment, co-exist together in many forms meanwhile, one is solely focused on giving and the other one is focused on extracting the best out of it.

Here, of course, the ones who exploit are the men and the one who gives is the environment. This symbiotic relationship between both has existed for ages and both have equivalently benefitted from each other as well.

But gradually like every relationship, the dynamics of this relationship also started changing. Now the relationship was more like between a parasite and host rather than symbiotic ones as used to be.

Men went on to become more greedy and self-concentrated by starting over-exploitation of the resources. The rapid increase of lust lead to the destruction of the beautiful relationship both used to share back in the time.

Terms such as pollution, natural calamities, deforestation, and environmental exploitation came into the existence. In the meantime, many emerged as a savior to save this decaying relationship one of those heroes, we are discussing today is Soumya Ranjan Biswal from Gundalaba, Astaranga, Odisha who was recently recognized by United Nations as YuWaah ambassador from August 12, 2022, to August 12, 2024.

Soumya Ranjan Biswal now aged 25, started his journey as a climate activist when he was reading in 8th grade. Belonging to the coastal belt of Odisha and regularly interacting with his village activists he was aware of the deteriorating situation of the region due to human interference.

Remembering his initial exposure to activists like Robert Sutcliff, he said I understood one simple thing that is the value of life is equally important for all species whether they are animals or humans.

Adding further he says, as I belong to the coastal region of Odisha a state which is prone to cyclonic storms, I understand the actual value of life. Where villages and islands can suddenly disappear or get completely wiped up like they never existed due to the impact of these monstrous calamities.

Local climate activists like Charu Maa, who afforested an entire patch of forest that was wiped up by the Super Cyclone, 1999 and Bichitrananda Biswal popularly known as Bichi Bhai who has been working to save Olive Ridley turtles for 25 years since 1996 left a deep impression on young Soumya’s mind.

Soumya who also works for the conservation of turtles went on an 800 km ride along with a friend named Dilip Kumar Biswal wearing a Turtle costume to conduct an awareness campaign that was recognized by the Limca Book of records in the year 2018.

He also did a similar run wearing the costume of “Olly” an olive ridley-inspired mascot of the Odisha Government for the Hockey World Cup.

Soumya’s journey wasn’t that easy, it was full of struggles and hustles. Upon being asked, Soumya shared that I didn’t even own a two-wheeler of mine and used to walk miles along with my volunteers to spread awareness amongst the villagers.

Sometimes, when I returned home after walking longer than usual my feet were covered with bruises and blood. Being qualified in Commerce, Soumya didn’t choose a conventional job instead focused on his objective and kept on pursuing his dreams.

When he was asked about people who inspired his journey apart from his local legends such as Charu Maa & Bichitrananda Bhai, he took two more names one was Abhyudaya Rajiv Kelkar who runs the History Guru Youtube channel and professionally as a CS and second one is of Dr. Debabrata Swain, then PCCF.

He said connecting through Facebook, Kelkar was the first to recognize his inner potential and advised him to work for the environment. Meanwhile, Dr. Swain was the first government official to facilitate his work and organize mass campaigns with forest officials to endorse his work.

He has been recognized by UN-India among 17 young climate leaders of India and recognized by different departments of the Government of India as well as Odisha. His recent achievement includes being chosen as one of 6 UN-India recognized YuWaah ambassadors which earned him national recognition and fame.

Upon being asked, what advice he would like to give to the younger generation, especially in terms of working for the environment. Soumya said the time when I started social media was in its infancy and I didn’t have enough scope to promote my activities or make people aware of my thought process.

But now people can easily connect with global leaders, politicians, officials, and environmental activists through social media and can raise crucial issues. As well as focus on a particular forte to work on like mine is to work on the sea and its ecosystem.

He also said that with collective efforts the world can be restored back to its glory within the upcoming 50 years. He also invites young volunteers to connect with him through social media platforms and work for the betterment of the environment and society.

🐾 Did You Know, “There Is An International Dog Day” 🐾