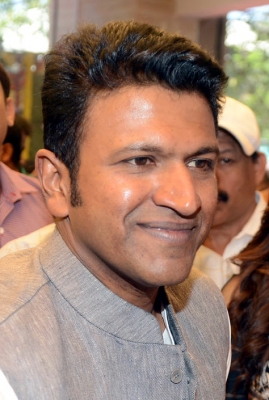 Kannada star Puneeth passes away at the age of 46

Sources said, Puneeth suffered a heart attack while working out at a gym. He was taken to Vikram Hospital. Doctors tried their best, all went in vain.

He is survived by wife Ashwini and daughters Vanditha and Dhruthi.

Consequently, security has been beefed up across Karnataka. All movie shows have been cancelled in the state due to Puneeth’s death.

Karnataka Chief Minister Basavaraj Bommai appealed for peace, and maintenance of law and order in the state.

Puneeth has acted in more than 29 films and has also appeared in many films as a child artiste. He made his debut in the Kannada film industry with the movie ‘Appu’ in 2002.

Puneeth Rajkumar’s last rites will be held on Saturday after the return of his elder daughter Vanditha from the US, sources said.