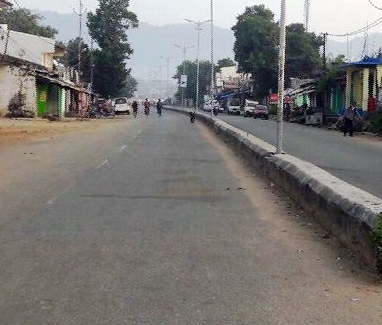 BJP’s 12-hour bandh call in Sambalpur, affected Normal Life of the district. The Party has demanded to drop the Minister of State for Home Dibya Shankar Mishra for his alleged complicity in the murder of Mahaling school teacher Mamita Meher.

The BJP also demanded immediate release of Rs 50 lakh compensation to the family of Mamita.

Due to the Bandh Call, most of the shops, markets, government and private institutions remained closed. District administration have beefed up the security arrangement in the City.

BJP Workers are seen picketing at different parts of the City. Vehicular movement are seen not affected much.