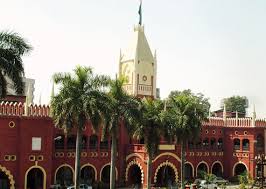 Bhubaneswar: June 18: Lawyers of the Orissa High Court on Tuesday continued to boycott the court of the Chief Justice and two other judges, expressing their dissatisfaction over the recommendations made by the Collegium for judges appointments.

The Orissa High Court Advocates Association is protesting against the decision of the Collegium to recommend the names of certain lawyers, who are not regular practitioners of the association, for elevation as judges.

A meeting of the general body of the association on Monday passed a resolution to continue the boycott till June 26.

A further course of action will be decided in the next meeting, said Gopal Krushna Mohanty, President of the Bar Association.

They are boycotting the courts of Chief Justice and two more Judges, who make up the Collegium.

“A delegation of the High Court Bar Association will meet the Chief Justice of India, Prime Minister and Union Law Minister and other authorities to inform them about the matter. We will seek their intervention,” said Mohanty.(IANS)