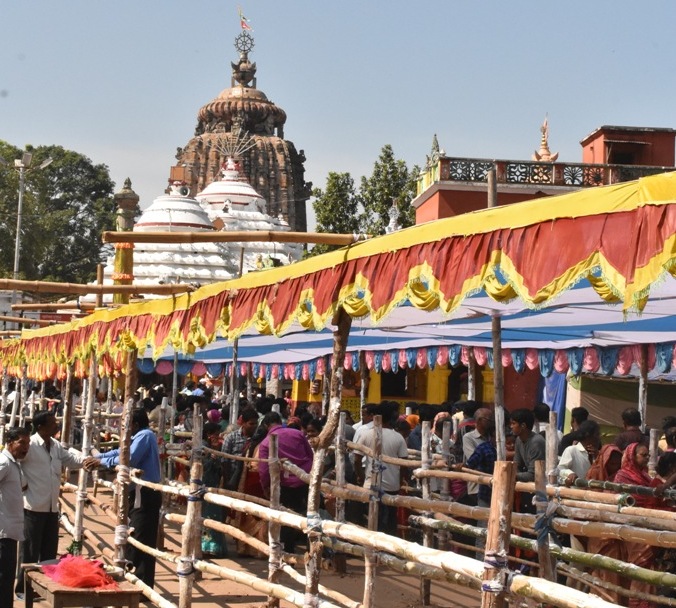 The Month of Kartik is the most sacred month for the people of Odisha. The month starts on Kumar Purnima and ends on Kartika Purnima. As per the practice, most of the people of the State do not take Non-Veg, Onion and Garlic during the period.

The last five days of the month of Kartika, i.e. from Deva Uthapana or Bada Ekadashi to the full moon, are celebrated as holy days. It is also known as Mahapanchuk, Baka Panchuka or or Vishnu Panchuka.

The last five days of Kartika is known as Baka Panchuka and it is believed that even the herons (known as Baka or Baga in Odia dialect) stop eating fish. So this is also known as Baka panchuka.

During these five days, women and widows wake up before Sunrise and have bath. They make  colourful rangolis using muruja around the Chaura. Further, they pray in front of the chaura.

As per the tradition, women use to organise Akashadeepa during the five days. It is a lighted deepa (earthen lamp) filled with ghee, placed inside an earthen pot and pulled atop an erect pole using a pulley and fastened. It is lighted near the chaura during the evening and burns throughout the night.

On the day of Kartik Purnima, the full moon day of the Hindu month of Kartik, people of all age group go to nearby water bodies to set afloat toy decorated boats with lamps, betel leaves, crackers, fruits and coins. The festival is called Boita Bandana. The festival is a mass commemoration of the state’s glorious maritime history when its tradesmen and  known as sadhabas traveled on boitas/boats to trade with distant island nations like  Java, Sumatra and Bali.

Visitors will not be allowed to enter inside Puja Pandals, said Calcutta High Court

🐾 Did You Know, “There Is An International Dog Day” 🐾

Liquor Worth Rs 750 Crore Consumed By Keralites During Onam