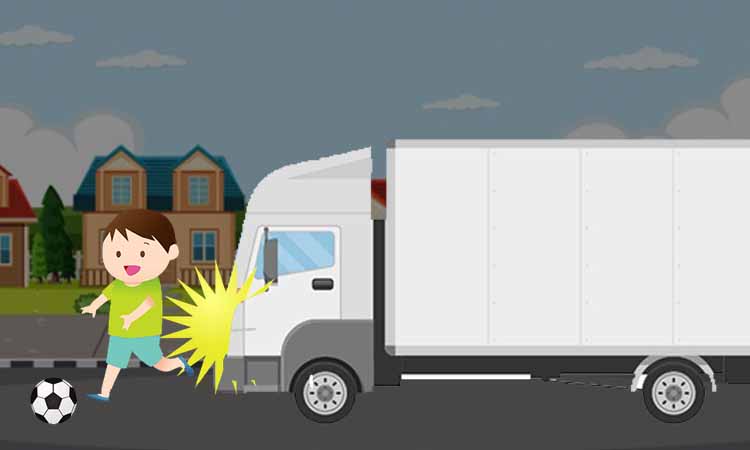 In a shocking incident, a 4-year-old boy a toddler was killed in a road accident, after being hit by a gunpowder laid truck at College Road on Khadial-Bhawanipatna State Highway 16.

According to sources, Madhu Naik & Nalini Naiks, lost their toddler son Durgesh after he was hit by a gunpowder laid 407 mini truck  at College Road square on the Khadial-Bhawanipatna State Highway 16, in Nuapada.

Durgesh, was notably, playing when the truck hit him. He was immediately rushed to the hospital, where he was pronounced dead.

In the meanwhile, the Khadial police has arrested the truck driver. The locals who protested for hours have demanded 10 Lakh ex gratia, and a house for the deceased’s family. The protestors have also demanded proper roads with speed breakers in the town.

The protestors lifted the road block, after Khadial tehsildar Sindhusta Patra promised and ex gratia of Rs.10,000 from the Red Cross funds, to the family. She had also promised other necessary assistance as per the rules. On the other hand, Tukla Sarpanch Bhagat Ram Meher, under Harishchandra Scheme has also donated Rs. 2000 to the Durgesh’s Family.