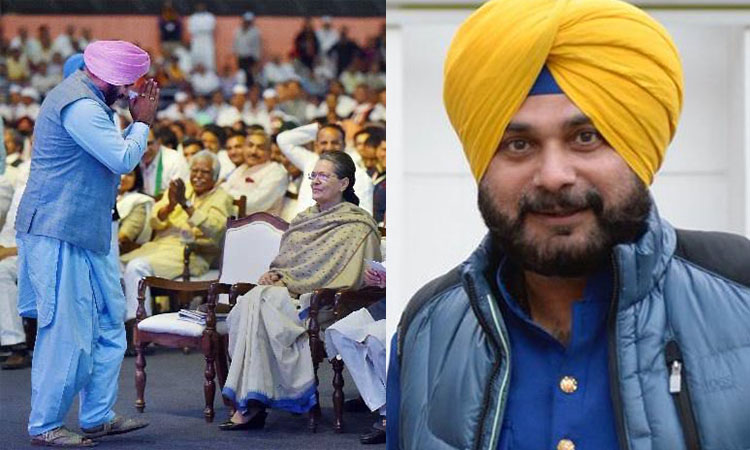 Navjot Sidhu Is Not A Stable Man: Amarinder Singh

Political earthquakes keep hitting congress, one after the other. Earlier today, Navjot Singh Sidhu, the Punjab Congress President, resigned from his post. Sidhu, signing his resignation to Sonia Gandhi, states, “he cannot compromise with the future of Punjab. Compromise destroys a person’s character. I will keep working for Congress. Sidhu was made the President of Punjab Congress on 18 July itself.

Sidhu has not given the reason for his resignation, but it is believed that he was upset over not being made the CM. After this, even in the distribution of ministerial posts and ministries, Sidhu did not work. The portfolios were distributed on Tuesday, despite Sidhu’s protest, the home portfolio was given to Sukhjinder Randhawa. After this, Sidhu’s resignation came to the fore in the afternoon itself.

On the other hand, former CM of Punjab, Captain Amarinder Singh, after Navjot Singh Sidhu’s resignation, wrote on his twitter, “I told you so…he is not a stable man and not fit for the border state of punjab”.

I told you so…he is not a stable man and not fit for the border state of punjab.

On the other hand, Sidhu’s media advisor Surinder Dalla said that Navjot Sidhu is doing principled politics. The new government did not do any work on the new 18-point formula of the Congress High Command. Nothing like this was seen in the new government in the last 5 days.

Notably, on September 18, Captain Amarinder Singh had to step down as the chief minister as a result of the revolt in the state congress led by Navjot Sidhu. After this, on 20 September, Charanjit Singh Channi was made the new Chief Minister of the state. However, Sidhu was said to be angry because his opinion was not getting priority in his cabinet.