Report Odisha
Home Sports Smriti Mandhana, the first woman of India to hit a century in... 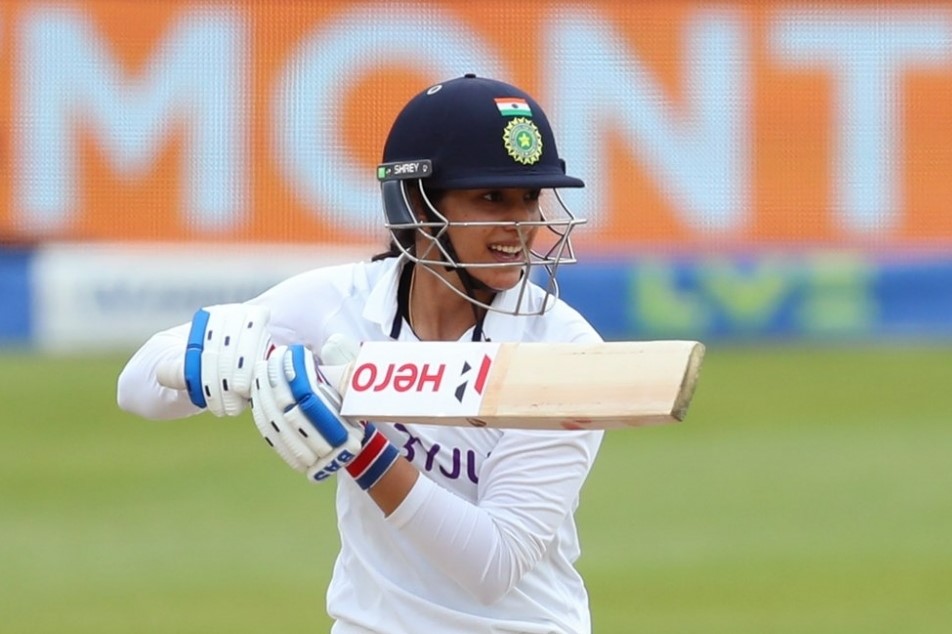 Smriti Mandhana, opening batsman of Indian Women Team, hit a century on Australian soil during day 2 of the Pink-Ball Test.

She became the first woman of India to hit a century on Australian soil in Test cricket.

Mandhana, was 80 not out overnight and on day 2, she scored her maiden Test century.

She later got out after scoring 127 off 216 balls, which included 22 boundaries and a six at the Carrara Oval.

“Not thinking about triple figures at the moment, the team needs me to bat well and, in the process, if I get one…I am just watching the ball and reacting,” Smriti had said during the virtual press conference on Thursday.

Second Day’s play stopped early due to rain in  the one-off Pink Ball Test between Indian women and Australian women here on Friday.

India were cruising at 276/5 when the umpires called off play for the day, following a century by opener Smriti Mandhana.

Punam Raut and Mithali Raj opened the innings. Punam, the other overnight not-out batter, got out for 36 off 165 deliveries while Mithali score 30 off 88 balls before she was run out.

Deepti Sharma was batting on 12 while Taniya Bhatia was yet to open her account.