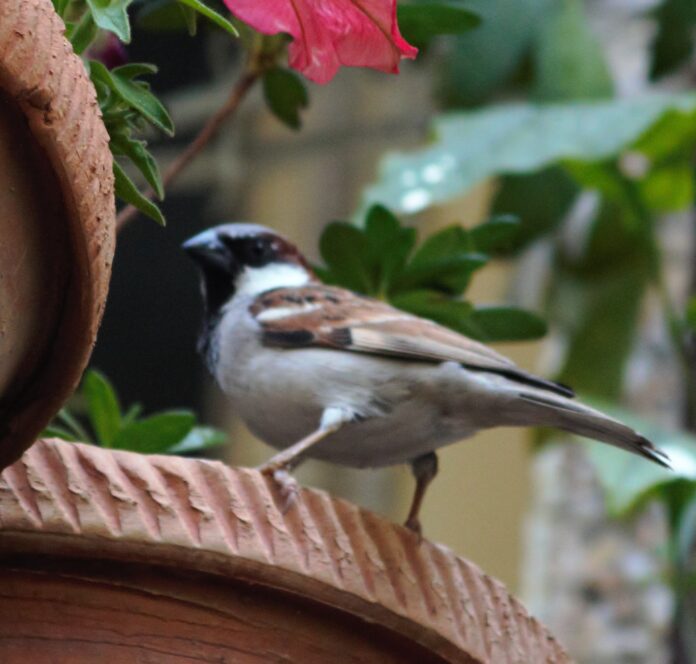 The House Sparrow, once an integral part of our immediate environment, all but disappeared almost two decades ago. These common birds,  that lived in the cavities of our houses and polished off our leftover food, today sits on the red list of the endangered species of The International Union for Conservation of Nature (IUCN). 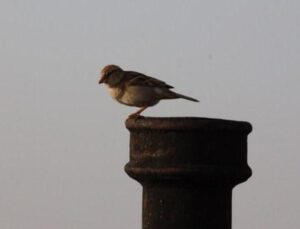 According to a 2018 Royal Society of London report, the bond between humans and sparrows goes back 11,000 years, and the starch-friendly genes of the house sparrow tell us a story linked to our own evolution. Agriculture, the study said, triggered similar adaptation in three very different species– dogs, house sparrows and humans.

Around the start of agriculture, the urban house sparrow split from the wild birds; it has a pair of genes, AMY2A, that helps it digest complex carbohydrates, the reason that it shares our love of starchy wheat and rice.

Conservationists attribute the decline in the population of house sparrows to the unfriendly architecture of our homes, chemical fertilizers in our crops, noise pollution that disturbs acoustic ecology and noxious exhaust fumes from vehicles. The debate about whether the digital revolution has jammed the air passages is inconclusive, but common people say it is no coincidence that the house sparrow started disappearing in the late 1990s, when mobile phones came to India.

Also Read  Gen Z Vs. Ethical dilemmas of the society

A vigorous campaign by the outfit he heads, “Nature Forever”, led to March 20 being observed as the ‘World Sparrow Day’ and the house sparrow being declared the state bird of Delhi in 2012. Today the Sparrow  enjoys a high profile globally, its conservation has become  a people’s movement. However, little data is  available on the impact of the campaign that focused on simple, doable and affordable things like putting nesting boxes and water/grain bowls in balconies.

It is largely believed that the house sparrow is making a steady come back. “Thanks to the sheer number of people who have been longing to see the bird that connects them to their childhood, the house sparrow is coming back,” says Panchami Manoo Ukil , an avid  bird-watcher. Many places in Odisha too have seen a comeback of these little avian species.

But not everyone is fond of the house sparrow; in fact, quite the opposite. Some people see the house sparrow as an invasive pest, a “kind of brown-winged rat stealing our food”. In an article in smithsonianmagazine.com, biologist and author Rob Dunn said that the human love-hate relationship with the bird was typical of human beings:

“I can tell you that when sparrows are rare, we tend to like them, and when they are common, we tend to hate them. Our fondness is fickle and predictable and says far more about us than them. They are just sparrows, neither lovely nor terrible, but just birds searching for sustenance and finding it again and again where we live.”

( Jagpreet Luthra is a senior journalist and amateur nature photographer, based in Delhi)