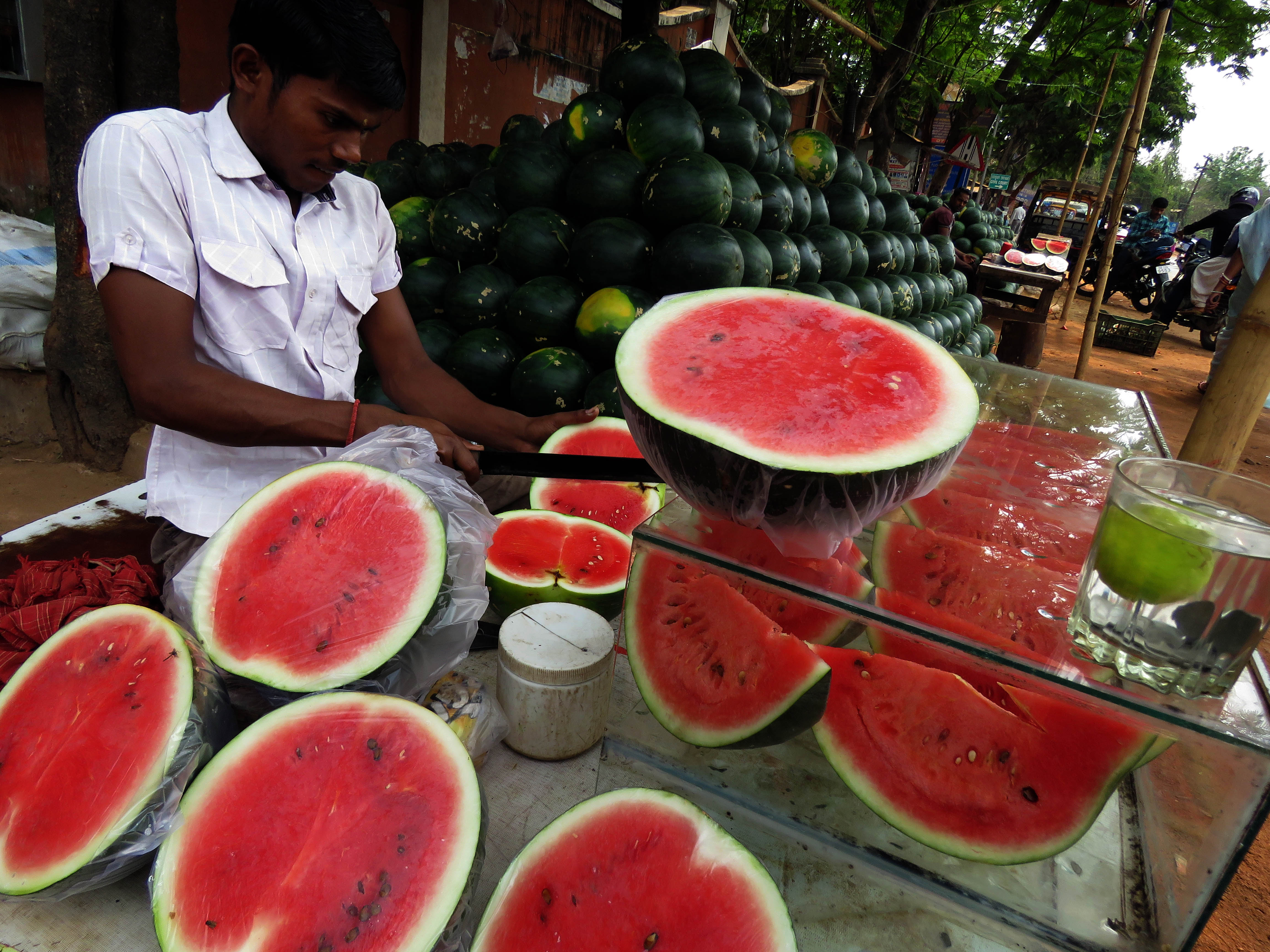 Bhubaneswar, Mar 10: The blazing sun has already started giving nightmares of the summer to come this year. With temperatures hovering between 28-35 degrees before the onset of real summer, this year it is predicted to reach more than 40 degree on regular basis. The sultry feeling of the summer has already started in march itself, denizens all around the capital city have started feeling the burning afternoons and the normal traffic is posing restrictions in avoiding the scorching heat of the sun. Business is paused from 2 pm to 5 pm, except the fact that some essential trading goes on. So, it’s going to be a long summer session ahead of us!!

Summer time is the season that fills all our senses with icy drinks. When we think of summer, visuals of beautiful evenings sitting out on lobbies is replayed with the smooth breeze blowing around us and one can listen to the loud shrill droning noise made by the cicadas, while absorbing the final rays of the sun before the night seeps in, sensing us with some comfort. In the day-time heat, the only relief that comes to minimize the heat effect is lemon water and the juicy red watermelons. Starting from summer fairs to summer picnics to summer camps, watermelons is the fruit most sought after… As the heat extracting away all the energy from the pores of the body, the easiest way to recover is to provide some nutrients by snacking onto a cup of fresh watermelons? 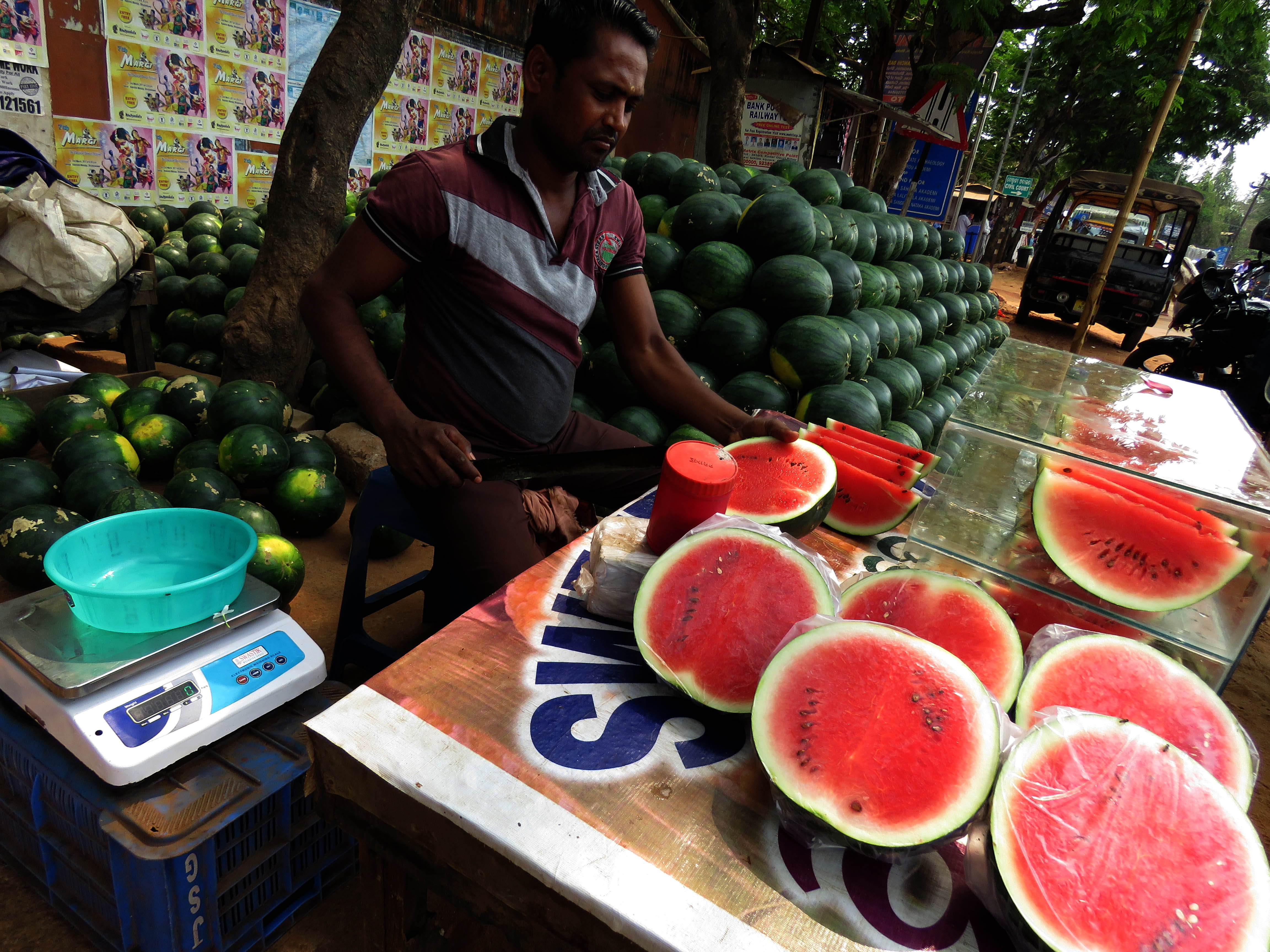 This fruit with its unique sweetness and beautiful, bright interior, dotted with little brown colored seeds, all held together in a bright green exterior, is the perfect summer fruit and has no other alternatives. It has an array of benefits and works wonders. In the summers, one needs nothing more for a dessert than a watermelon that contains 92% of water.

Mark twain who was fond of watermelons, described it as “chief of the world’s luxuries…when one has tasted it, he knows what angels eat”.

Today it may have become a common fruit for all of us to have, but we are not the first fortunate ones to enjoy its beneficial offerings. This quintessential american fruit may have been enjoyed worldwide but they are natives of Africa. The ones originated in Africa were not sweet fruits with bright tender flesh that they are today rather they were bitter, tough with a yellow covering.

It is said to be the member of the cucumber family and has been documented as being consumed over 5,000 years ago in Libya and depicted in Egyptian hieroglyphics over 4,000 years ago. The ancient Egyptians cultivated then in the Nile river valley. Paintings of enormous and unmistakable watermelons have been found on the walls of Egyptian tombs. Watermelons seem to have arrived in Europe in the eighth century with the invading moors, who crossed Africa, presumably picking up watermelons en route, on their way to conquer Portugal and Spain. The climate was just too chilly for watermelons–but they were wildly successful in the steamier new world. Watermelons were introduced to north america by the Spaniards. They were soon flourishing in the Rio grande valley, in Georgia and Florida, and throughout the american southwest.

The first watermelons were not sought after for their taste but instead for their capacity to supply water. This was a need in the arid regions especially for travelers. Jesuit missionary Pere Marquette found watermelons growing along the shores of the Mississippi river in 1673. And by 1732, a tourist in colonial Virginia mentioned luscious watermelons “green and big as a pumpkin”. Soon though, through some creative cultivation, those growing the watermelon were able to breed a sweeter variety. Today, there are over 1,200 varieties of watermelon varying in sweetness and color of skin, such as pink, orange, yellow and white. They also vary drastically in size and weight, and can be oblong, oval or spherical in shape. Some are even grown inside glass containers to achieve a cubical form.

Watermelons have a plethora of benefits apart from its taste and its ability to add water to our diets. Not only is watermelon low in fat, the Lycopene that watermelons contain are perfect for one’s cardiovascular health and is also responsible for promoting bone health. Watermelons are an excellent source of beta-carotene which gets converted to vitamin a in our bodies. Vitamin a is responsible for keeping our eyes free from night blindness and also prevents age-related macular degeneration. It also helps prevent inflammation and cancer development. So go ahead and make your bones and joints stringer by eating watermelons. This is a perfect weight loss fruit. The rind of the fruit most notably contains the amino acid citrulline which is responsible for reducing the fat build-up in the fat cells and improves blood flow. One cup (152 grams) of diced watermelon flesh gives us 46 calories, no fat, 1 gram of protein, and 11 grams of carbohydrates. An excellent source of vitamins a and c, and a good source of potassium. It also offers us a little iron, calcium, and some of each of the b-   vitamins.

Watermelons also have high vitamin c content which further helps us in improving our immune systems. Vitamin c maintains the integrity of cells, keeping our cells and DNA safe from being damaged. One must begin eating watermelon regime to shred pounds and interestingly one can have the little piece of summer in so many ways. Watermelons is a natural electrolyte due to the presence of potassium which further helps in maintaining the action of nerves and muscles in our body. Potassium also helps in controlling the excitation of nerves in our body.

Some say that the best way to choose a good watermelon is to tap on its rind with a couple of fingers and listen for a hollow sound. Others insist that you only have to pick one up and confirm that it is relatively heavy to know that it will be ripe and juicy within.

There are few fruits that announce the arrival of summers quite sweetly and cheerfully as the watermelons. While it is typically available from late spring to mid fall, this summer fruit makes its grandest appearance during this time, cropping up in markets, on menus, at every hot weather event imaginable. It is sold at the cheapest price which is feasible to every household. Whether you eat it prepared in a recipe, or recently carved and dripping juicily down your chin, there are more than enough reasons why watermelon consistently appears on menus and tables as soon as the weather turns hot. As a sweet and refreshing treat.

So beat the heat; enjoy the summer by gulping in lots of watermelons!!!