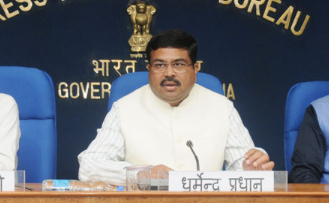 Bhubaneswar, Mar 25: Yesterday the Union Petroleum minister Dharmendra Pradhan assured that the dispute regarding VAT that had been going on between the Odisha government and Indian Oil Corporation Limited (IOCL) has been settled amicably through mutual discussions pertaining to IOCl’s refinery project in Paradip. He stated to the media that after examining both sides’ arguments, the Orissa HC came to a solution that the working committee that the central government has constituted must look into the matter once again to find a possible way out. Pradhan expressed that keeping in mind the interests of the people of the state, both the sides must discuss and act accordingly.

On Feb 16, 2004, an MoU was signed between the the State government and IOCL for Paradip Refinery in which the former agreed to defer the collection of VAT on all output from the refinery for the first 11 years of the commencement of the unit. The VAT for the concerned period will be treated as loan and IOCL had to start paying VAT from 12th year onward. A notice was served to IOCL by the State stating that the refinery owes Rs 1,485 crore for the period beginning with the operationalisation of the refinery in 2015 till Dec 2016. But the HC directed the State to suspend the notice been served to IOCL.