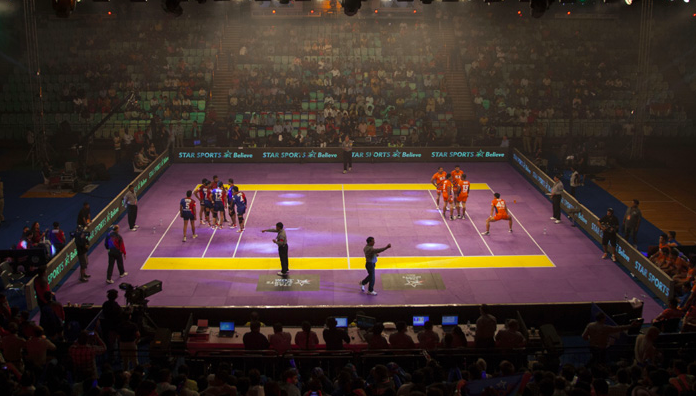 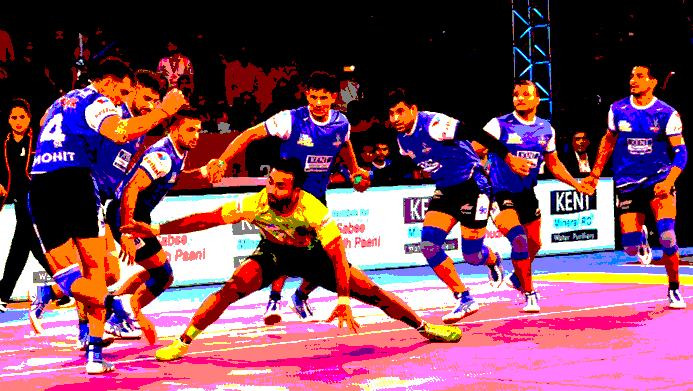 Cricket players, their board and the apex court appointed Committee of Administrators (COA) may continue to be in the news, mostly for the wrong reasons. But the week certainly belonged to the kabaddi stars.

The cricketers, too, may have been interested in seeing a former England captain Chris Cowdrey, son of another captain and legend Colin, flying down with the auctioner’s hammer for the 2018 Pro Kabaddi League (PKL) auction.

The amazing part of the PKL is not the money pouring into it, but it is percolating down to players in a big way. For the first time there are as many as six players who can go out as crorepatis. Last year, Nitin Tomar was the highest paid player at 93 lakhs.

The auction is for the sixth year of the competition, started in 2014. After starting like the Indian Premier League (IPL) with eight teams, today the PKL has 12 teams and some of the owners can be the envy of the IPL teams.

Rajesh Viren Shah owns the Patna Pirates, champions in three of the five editions, the Jindal South West (JSW) have Haryana Steelers, the GMR Group is backing UP Yoddhas, and to bring a bit of Bollywood Abhishek Bachchan owns Jaipur Pink Panthers and entrepreneur-producer Ronnie Screwvala has U Mumba to cheer.

The beauty of the industrialist owners is that all of them have business interests in rural India where kabaddi is the most popular sport. Mukand’s chairman is none other than Niraj Bajaj, former table tennis international.

The auction was as impressive as the IPL’s, spread over two days, and again like in cricket, the players are divided into raiders, defenders and all-rounders and it was fascinating to see some of the bids starting as low as Rs 20 lakhs and going as high as a crore in a couple of cases.

Monu Goyat, who was paid Rs 44.5 lakh last year, attracted the highest bid of Rs 1.51 crore this time around and the amount might have made some cricketers jealous. Iranian corner defender Fazel Atrachali was the highest paid overseas star at Rs 1 crore.

Then there are nine players who got anywhere between Rs 46 lakh and Rs 79 lakh, three of these in the Rs 70 lakh plus bracket), two Rs 60 lakh plus and two Rs 50 lakh plus.

Unlike in cricket, a kabaddi team is composed of seven players, but they will have the luxury of a bench strength of 18 to 25 players, including three players from Future Heroes and two to four overseas internationals.

Like in cricket, the franchises have an option to retain the players and of the 12 franchises, nine have chosen their elite players and the remaining three built their squads afresh.

Then there was this Final Bid Match (FBM) through which the teams were entitled to match the final bid made by another franchise, a maximum of two players from their previous year’s squad.

There were five categories for the base price of players and they are divided for their base price.

Category A Rs 20 lakh, category B Rs 12 lakh, category C Rs eight lakh and category D Rs 5 lakh. There was a new category, the New Young Players with a fixed salary of Rs 6.6 lakh. That’s how there is a good distribution of money among players.

Overall, Rs 45.93 crore were plying around and the 12 franchises had the satisfaction of buying 181 players, both less than what they paid and bought last year — Rs 46.99 crore for 227 players. This only shows how judicious the franchises were this time around going to the market for buying.

Looking at this year’s auction and and the ever rising packages, the kabaddi league is fast becoming a highly entertaining sport with the TV coverage promising to be another sell out for corporate advertising.

Who says kabaddi is a rustic sport?

(Veturi Srivatsa is a senior journalist and the views expressed are personal. He can be reached at [email protected])